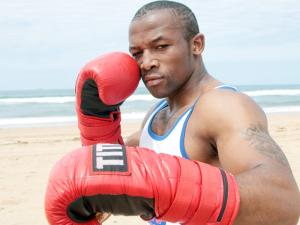 A 26-year-old southpaw, Mchunu (16-1, 11 knockouts) said, “I’m gonna take Garrett Wilson where he’s never been before,” having won six consecutive fights, four of them by knockout, since, being stopped in the sixth round by Zack Mwekassa in September 2011.

“Thabiso Mchunu is a fantastic cruiserweight prospect who I believe is headed toward a world title,” said Kathy Duva, CEO of Main Events. “This is his chance to introduce himself to American boxing fans.”

The durable Wilson (13-7-1, 7 KOs), who turned 32 in June, has lost his past two fights by unanimous decision to cruiserweight Alexander Alekseev in February 2013 and unbeaten heavyweight Vyacheslav Glazkov in November.