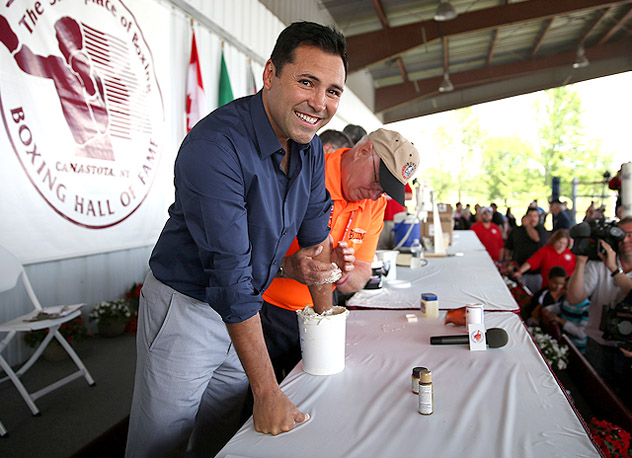 Golden Boy Promotions president Oscar De La Hoya will be featured in a 30-minute interview entitled “Personal With Bill Rhoden” that will premiere on EPIX on August 19 at 8 p.m. ET.

Inducted into the International Boxing Hall of Fame’s class of 2014 “Modern” category, De La Hoya, 41, was interviewed a year ago by Rhoden, an award-winning sports journalist with the New York Times.

Among the topics De La Hoya discussed were the death of his mother, Cecilia, prior to his winning the Olympic gold medal in 1992 in Barcelona shortly after graduating from James A. Garfield High in Los Angeles, his boxing career and an ongoing struggle with substance that has been the subject of tabloid coverage.