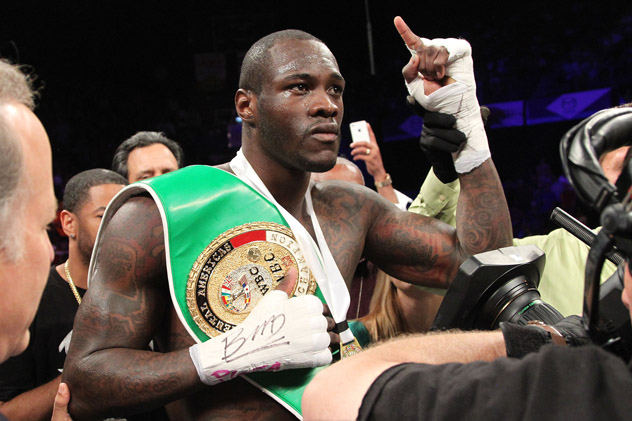 Heavyweight Deontay Wilder will face an opponent to be determined in support of a tripleheader whose main event features IBF welterweight titlist Shawn Porter against Kell Brook at StubHub Center on August 16 in Carson, Calif.

“This year was one of the first times where I haven’t been too active,” said Wilder. “By this time, I’ve usually had more fights but this is only going to be my second fight of the year. We’re don’t look past anybody. You have to take everybody seriously.”

Wilder (31-0, 31 knockouts) and Deas said a potential opponent is 39-year-old Mike Sheppard (21-17-1, 9 KOs), who has lost five of his past six fights, four by stoppage. Sheppard was last in action for last month’s unanimous decision loss to China Smith.

“Mike Sheppard is not confirmed yet but that is one of the names that has been mentioned. There’s several names out there and he’s one of them but we’re not exactly sure who it will be,” said Deas.

Also on the card is former titleholder Jorge Linares, who was last in action for a unanimous decision over Japan’s Nihito Arakawa in March. Linares has won five consecutive fights, three by stoppage, since being knocked out by Sergio Thompson in the second round in March of 2012.

A 2008 Olympic bronze medalist, Wilder is coming off a 96-second knockout of Malik Scott in a WBC eliminator bout in March. The win made him the mandatory challenger to face WBC beltholder Bermane Stiverne (24-1-1, 21 KOs) in a bout that is being targeted for November.

“There is no anything without this fight. This is clearly the most important fight of his life. There is no such thing as a tune-up when it comes to men over 200 pounds who are trying to hurt each other.”