Adam Kownacki plagued but not stopped by injuries 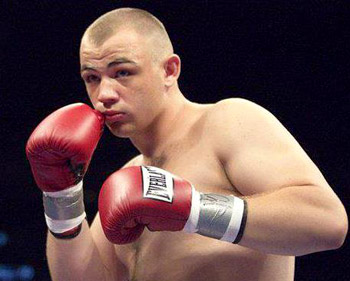 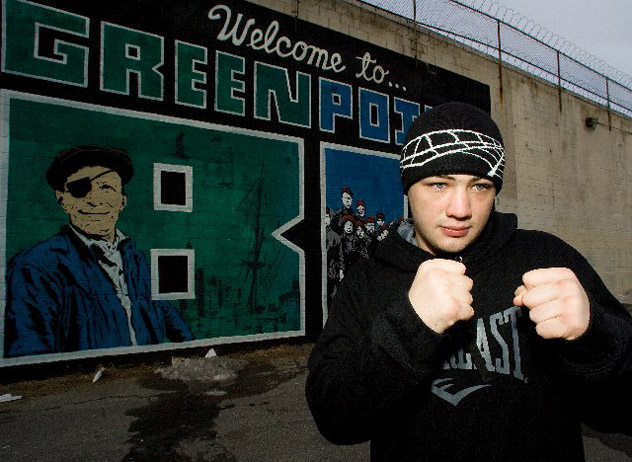 An old proverb goes that those who are best at defending themselves are the ones most under attack. That may explain why so many stories of world-class boxers begin with young men seeking a way to defend themselves from their tormentors.

Adam Kownacki’s is one such story. The 25-year-old unbeaten heavyweight was born in Lomza, Poland. He and his family emigrated to America when he was seven years old, settling in the large Polish community of the Greenpoint section of Brooklyn, N.Y. His father was a construction worker and his mother a housekeeper.

As an overweight kid who spoke English draped in a Polish accent, he was frequently the target of bullies at school and on the streets. Seeking a way to fight back and get in shape, Kownacki went to his local boxing gym and, in addition to dropping 40 pounds to 220, found out he was pretty good at the sport.

Fighting out of Gleason’s Gym, Kownacki won the novice Golden Gloves in 2006 and was the runner-up in the next two years before turning pro in 2009.

This Saturday, Kownacki (6-0, 6 knockouts) will face what on paper appears to be his toughest opponent to date in Charles Ellis (9-1-1, 8 KOs) at Revel Resort in Atlantic City in a six-round bout supporting the Sergey Kovalev-Blake Caparello WBO light heavyweight title fight.

Though Kownacki has been a pro for five years, injuries have slowed his progress, causing him to miss nearly three years from 2010 to 2013. The first injury occurred during his 2010 bout with Damon Clement. Moments into the bout Kownacki suffered the first knockdown of his career, going to a knee from a Clement right hand behind the ear.

Shaking off the ill effects quickly, Kownacki returned the favor by dropping Clement later in that round. Using a two-fisted attack that never afforded his opponent a moment to breathe, Kownacki dropped Clement for the final time in Round 2 but the damage had been done.

Kownacki sustained a fracture in his left hand, necessitating two surgeries in which an artificial bone was placed in his hand.

The injury healed, and to make up for lost time he accepted an invitation to spar with RING heavyweight champion Wladimir Klitschko to help him prepare for Jean-Marc Mormeck in 2012. The going was good until he tore his left bicep, sending him to the injured list once more.

The freak accident could’ve happened to anyone, Kownacki reasoned, and he once again was invited back to help Klitschko prepare for Alexander Povetkin in 2013. All together, Kownacki says he worked 15 rounds with the 16-time defending champion, earning a wealth of experience in the process.

“It was amazing to see how hard he works,” said Kownacki. “And also the team he has together to help him. Even though you enter the ring by yourself the people that surround you are very important.”

Kownacki’s own team includes trainer Keith Trimble, who is most noted for helping guide Chris Algieri to a win over Ruslan Provodnikov in June, plus Tony Ricci, whom he works with at the Bellmore Kickboxing Academy on Long Island, N.Y.

The layoffs caused him to gain some weight, and Kownacki expects to step on the scales Friday afternoon at 260. He hopes to be closer to 240 when he fights again later this year.

Kownacki’s physique wasn’t Klitschko-esque to begin with when he was near 240 in his earliest fights but his appearance belies his work rate. Though punch stats have yet to track his fights, he fights with a high output. He has yet to show the ability to fight moving backwards but hasn’t really been asked to.

Most of his knockouts have come from overhand rights after his body punching has drained the will of his opponents.

Kownacki has fought twice since returning from injuries, knocking both opponents out in two rounds. Though he’s fighting an opponent whom he knows very little about except for his high KO ratio, Kownacki remains confident that his career – and body – will hold up to the pressure.