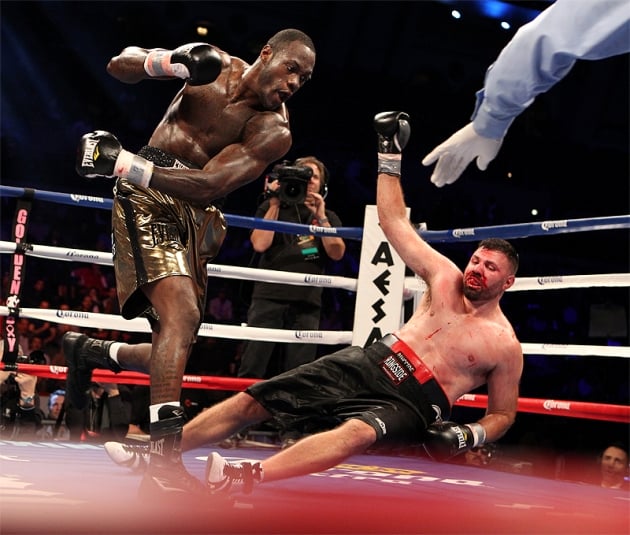 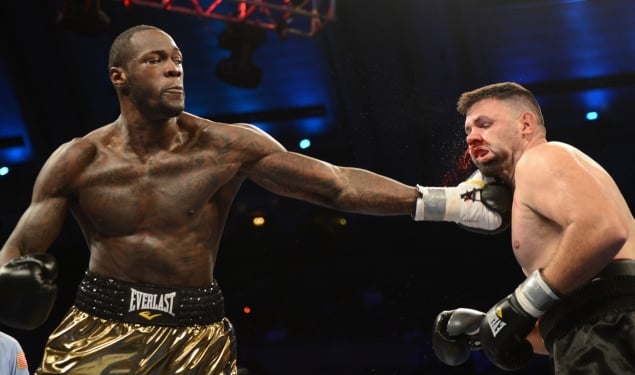 “People definitely appreciate guys like me that come in and get the job done. People might say things about my opponents, but when they see a fight like this, and then, they see a guy like me with a 100 percent KO ratio, then people really start to appreciate me,” said Wilder, 29, who is coming off a 96-second stoppage of Malik Scott in March.

“I got several text messages and other support on the social media during that fight, and a lot of them were saying that Deontay Wilder’s going to be around for a long time.That’s because when they see me, and then they have to sit down and watch a heavyweight fight like Jennings and Perez, then people appreciate the fact that I go out there and that I try to give the people what they want to see, which is excitement. So, long live the king, Deontay Wilder.”

Jennings won, 114-113 and 115-112, on the cards of Glenn Feldman and Joseph Pasquale, respectively, while Tom Schreck had it 114-113 for Perez, though it would’ve ended in a draw had Perez not been penalized by referee Harvey Dock in the 12th round for pushing down Jennings’ head.

“As I watched the fight, I felt like Perez was starting to get fatigued, holding his hands down, and you could tell that Jennings is not the athlete that he claims to be. Man, I’m just happy to be a part of the heavyweight division. People are coming around now, because they know that I can bring the heavyweight division back, and I’m planning on doing that.”