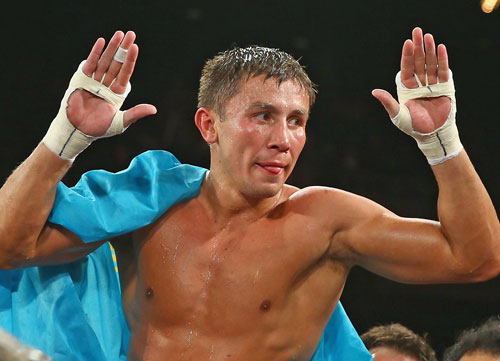 NEW YORK CITY — Gennady Golovkin made quick work of Daniel Geale, stopping the Australian veteran at 2:47 of Round 3 to retain his WBA middleweight title in front of a good-sized crowd at Madison Square Garden on Saturday.

Golovkin (30-0, 27 knockouts) scored a knockdown in Round 2 and then caught Geale during an exchange in Round 3, dropping the former WBA/IBF beltholder with a big right hand after catching a right hand himself. Geale got up on wobbly legs after the second knockdown and reeled back into the ropes where referee Mike Ortega waved the fight off.

A full ringside report by Tim Smith will be posted shortly.