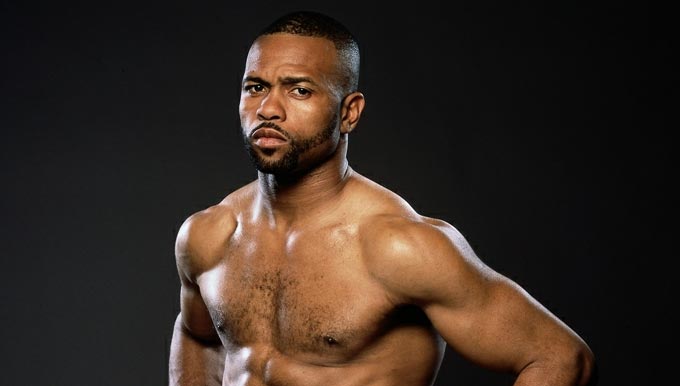 In a cruiserweight attraction, former multi-weight world champion Roy Jones Jr (57-8, 41 knockouts) halted British contender Courtney Fry in the fifth round of a scheduled twelve in Riga, Latvia, on Saturday.

The Florida native had things all his own way through the early sessions before thumping home a right lead, left hook combination which dumped his opponent heavily in a neutral corner. Fry was saved by the bell, but looked spent and his team simply delayed the inevitable by ending the bout.

The 39 year old Fry seemed reluctant to throw for the majority of the contest and who could blame him? The nearest the reliable Brit has come to facing a legend like Jones (196 pounds) is a games console, and even though the former champion’s bursts came sporadically they were enough to paralyze Fry’s output.

Jones moved his head, feinted, used angles adeptly and, every once and a while, released his punches. That was the fight in capsule form as Fry merely looked on in respect.

“I’d like to thank Courtney Fry for putting up a gallant effort,” said Jones, when interviewed by Polish television.

The former pound for pound king, now 45 years of age, made his entrance to an old rap tune which highlighted his finest moments in the sport. The sad thing is most of them took place 20 years ago and those newspaper clippings have long faded, like the man himself.

Still, Jones has won 4 contests in a row and might be heading into a big fight given the business his name still generates, particularly in Europe.