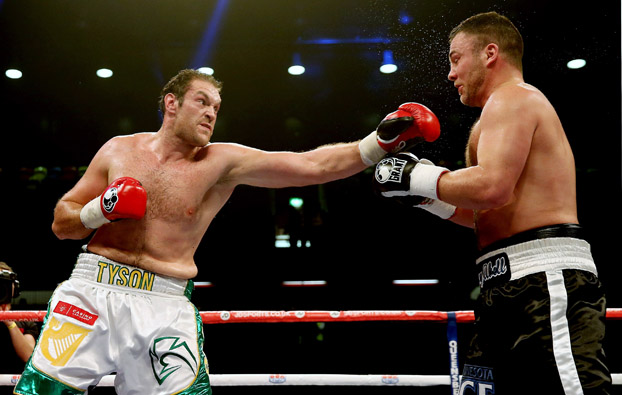 Tyson Fury has withdrawn from Saturday’s heavyweight contest against Alexander Ustinov in Manchester, England, after his uncle and first trainer, Hughie, became seriously ill and was taken to a hospital.

“Tyson’s uncle and trainer, Peter, took the decision to pull him out of the fight rather than risk his health by sending him into the ring with his mind not focused,” read a statement.

Fury had already coped with a last-minute change when original opponent Dereck Chisora pulled out with a fractured hand earlier in the week.

“I’m very, very, disappointed for the fans. After Dereck Chisora pulled out because of his hand injury, we worked very hard to secure a world-ranked opponent in Ustinov. It’s sad that his uncle Hughie is in a serious condition, and our thoughts are with him,” said promoter Frank Warren.

“We will be announcing the rescheduled date for Chisora vs. Fury next week.”