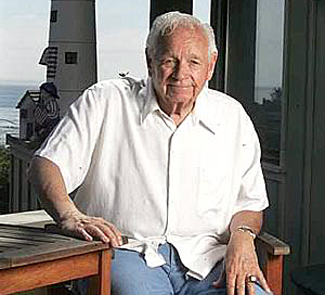 Legendary matchmaker Don Chargin is back with the Golden Boy Promotions, the Los Angeles-based company announced on Friday. Chargin, a member of the International Boxing Hall of Fame and one of the most respected figures in the sport, had previously worked with Golden Boy.

Oscar De La Hoya, President and founder of Golden Boy Promotions, is pleased to announce that his company has retained Chargin’s services once again.

“Don is not just a legend of boxing, but a good friend and loyal advisor for years,” De La Hoya stated in Friday’s press release. “I’m excited to have him on board again, and together we’re going to deliver the best fights to the fans for years to come.”

Chargin, who first began promoting at the age of 23, had legendary run at Los Angeles’ storied Olympic Auditorium in the 1960s, ’70s and early ’80s. For over 60 years, he has delivered quality match ups that earned him the moniker “War-A-Week” Chargin.

He looks to continue the same tradition of excellence at Golden Boy Promotions.

“I’m happy to be back with Golden Boy Promotions, and hearing Oscar’s commitment to putting on great fights and signing top-notch talent has me excited to get back to work here,” said Chargin. “Oscar’s always been a good friend, and he puts the fans first, which is something all promoters should aspire to.”