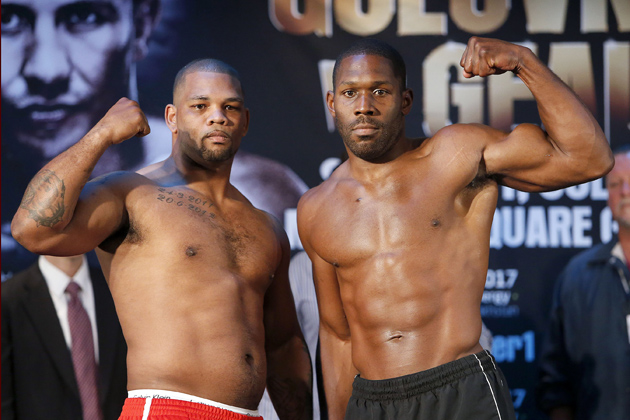 Jennings (19-0, 10 knockouts) defeated Perez (20-1-1, 12 KOs) for the right to face the winner of a planned fight between WBC beltholder Bermane Stiverne and Deontay Wilder potentially in November.

Round 2: Again, Perez takes over the center of the ring, although Jennings paws more aggressively. Perez out-landed Jennings, 7-6, in the first, and gets off inside with a succession of blows early. Right by Jennings the moving lands cleanly. Left, right, left by Perez, whose blows carry more sting. Lead left by Perez. Jennings’ punches falling short. Lead left and right and then another left by Perez. Two right hands on the inside by Jennnigs. Right and left by Perez. Good left hook by Jennings, but Perez still has been the more effective pressure fighter. Perez, 10-9; Perez, 20-18.

Round 4: Perez’s corner believes he’s up 3-0, as does Harold Lederman. They trade left hooks. Jennings moving forward, cautiously. Sloppy action, missed punches. Three lefts by Perez — the first two to the body, the third to the head. Jennings continues to flail and miss. Lead left by Perez, left hook by Jennings. Right by Perez, hands down at his sides. Double-jab by Perez. Right-left by Jennings, and a body shot by Jennings prior to the bell. Perez, 10-9; Perez, 39-37.

Round 5: Lederman has it for Perez, 39-37. Perez lands a hard left inside as Jennings retreats. Is Perez getting tired? Right, left, right by Perez, and then another right. Right-left by Jennings, who still retreats. Jab, left and Jab by Perez. Two good lefts for Perez and a lead left by Perez. Solid right hand by Perez against marginal blows by Jennnigs. Left and right to the body by Jennings. Double-jab by Perez. Two right uppercuts and a left as well as another right by Jennings. Right to the body and the head by Perez and a left to the body by Perez. Perez, 10-9; Perez, 49-46.