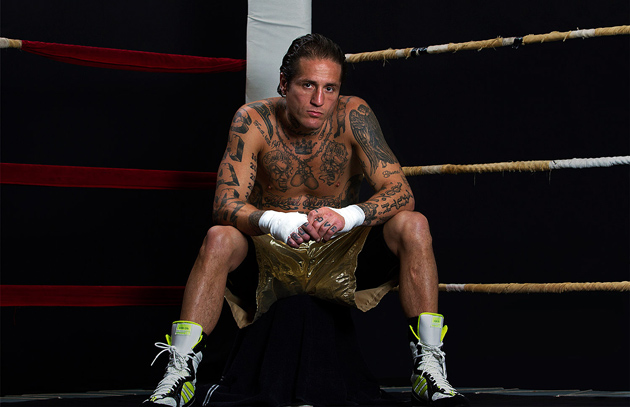 Once-beaten junior welterweight Paul Spadafora, who is coming off a unanimous decision over Hector Velazquez on July 11, confirmed a report that he is a consideration for a Sept. 6 fight against Adrien Broner.

“My manager, Joe Horn, said something to me about that. He asked me if I would take the fight, and I said, ‘Yeah, of course,'” said Spadafora, a former IBF lightweight titleholder who turns 39 in September. “He asked me this like two or three days ago, and I was like, ‘Of course I’d take that fight.'”

The news was first reported by FightHype.com.

Prior to facing Velazquez, Spadafora (49-1-1, 19 knockouts) suffered his first loss to twice-beaten contender Johan Perez in November, and was being eyed for a potential contract with Golden Boy. Known as “The Pittsburgh Kid,” Spadafora had previously been in the ring for a unanimous-decision victory over Robert Frankel in April 2013.

“My manager wasn’t saying it was a done deal or anything like that, but he didn’t sound like it wasn’t, either. I don’t want to get the call and then get excited and it’s not there, you know what I’m saying. So it ain’t for sure,” said Spadafora.

Broner, 24, is coming off a unanimous decision over Carlos Molina in his 140-pound debut on the undercard of Floyd Mayweather Jr.’s majority decision over Marcos Maidana in May. Broner bounced back from a unanimous-decision loss to Maidana in December, during which he was floored in the second and eighth rounds.

In his last fight in April, Matthysse, who turns 32 in September, rose from two knockdowns to score three of his own on the way to an 11th-round knockout over John Molina.

THE RING’s No. 1-ranked junior welterweight, Matthysse had previously been in action last September when he was dropped in the 11th round of a unanimous decision loss to unbeaten RING 140-pound champion Danny Garcia.