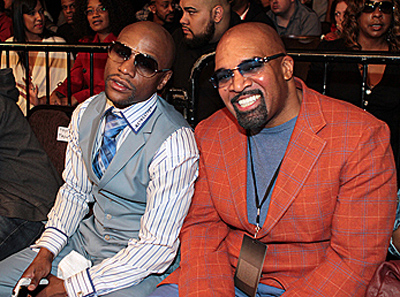 23
Jul
by Lem Satterfield |
Mayweather Promotions will be considered for approval of a boxing license in Nevada during a Wednesday morning meeting of the Nevada State Athletic Commission, according to Bob Bennett, executive director of the NSAC.

“They’re officially coming before the board today, so they’re on the agenda. They’ve been submitting their paperwork as the days have gone by as far as their license goes. The proceedings begin at 10 a.m. today [PT,]” said Bennett, during an interview with RingTV.com.

Mayweather Promotions CEO Leonard Ellerbe, whose organization was recently was licensed in New York, could not be reached for an immediate comment.

Floyd Mayweather Jr.’s Sept. 13 rematch with Marcos Maidana, whom he defeated by majority decision in May, is being co-promoted by Golden Boy Promotions, which has done so since 2007 over a span of nine fights including the triumph over Maidana.