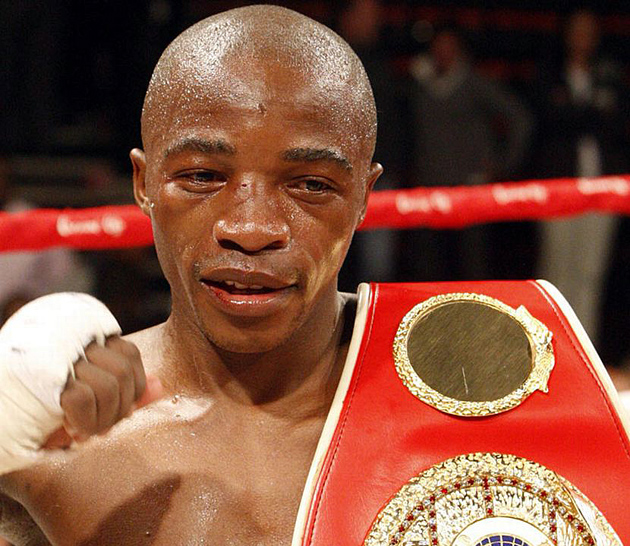 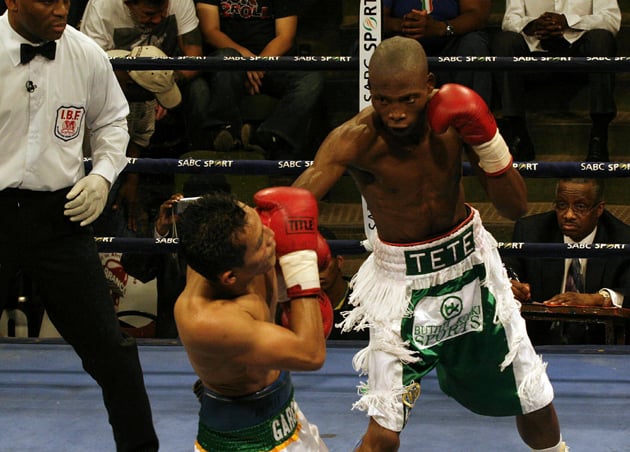 When Zolani Tete meets Teiru Kinoshita tomorrow at Portopia Hotel, Kobe, Japan for the vacant IBF junior bantamweight he’ll literally have to beat Kinoshita in his own home.

Kinoshita’s day job is as a floor walker at the aforementioned hotel. It’s not something Tete is perturbed by.

“For me it’s not an issue fighting outside my country,” Tete told RingTV.com, “as I had so many fights outside and gained a lot of experience on how to deal with the pressure so it doesn’t worry me at all.

“I’m not there to fight with the crowd. It’s gonna be me and Kinoshita in the ring and that’s what is important.”

The South African contender is confident of victory.

“This fight is gonna be great. I’ve got more ring experience than Teiru. I will do my best to make it work for me and win the fight,” said Tete.

The hard-hitting southpaw (18-3, 16 knockouts) is used to fighting on the road having previously fought in Argentina and twice in Mexico.

It looked like Tete might be a hard luck story, dropping a majority decision to Juan Alberto Rosas and then Roberto Domingo Sosa before upsetting Juan Carlos Sanchez last November.

“I really thought I won both of those fights, especially against Sosa on split decision,” said Tete, “but by stopping Sanchez, who has beaten both Rosas and Sosa, I made a point and sent strong message out there.”

“I haven’t had a fighter with such determination as Zolani for very long time,” said his promoter Branco Milenkovic. “He is very confident and believes in himself. The fact that he lost disputed points decisions in Mexico and Argentina, he had no concern whatsoever to go back to Mexico. Not only did he go back to Mexico, but he beat the man who beat both of the boxers that have beaten him previously. At age of 25, he has long future ahead of him.”

Prior to leaving for Japan “Last Born” spoke to RingTv.com, enlightening us about his life, career and future aspirations.

Anson Wainwright – What are your thoughts on this fight and Kinoshita?

Zolani Tete – This fight is gonna be great fight as we are both southpaws but I’ve got more ring experience than Teiru. I will do my best to make it work for me and win the fight.

AW – It takes place in his hometown. What are your thoughts about travelling so far and fighting in his country?

ZT – Fighting inside your hometown is always an advantage to other boxers, but as a boxer you need to adjust and adapt to make sure you take full control of the fight. For me it’s not an issue fighting outside my country as I had so many fights outside and gained a lot of experience on how to deal with the pressure so it doesn’t worry me at all. I’m not there to fight with the crowd but it’s gonna be me and Kinoshita in the ring and that’s what is important. I’m expecting a good and clean fight, fair decisions and good support from Japan as I’m gonna put up a great show on that day.

AW – You managed to score a career best win stopping Juan Carlos Sanchez Jr. in 10 rounds. Can you tell us about the fight and also the stoppage?

ZT – It was a war but I was expecting it to be war based on my previous two eliminators. When you have a Mexican versus a South African fighter, it is always good fight. We were both down, Sanchez in the fifth, myself in the sixth.

AW – You were behind on the scorecards at the time of the stoppage. Did you feel you were losing and needed the stoppage to win at that point?

ZT – I thought I may be behind because two points were deducted by the referee, but I think I was doing fine. Point deductions weren’t the reason for me to look for knockout. Considering my two previous loses on points in Mexico and Argentina, which were both very close fights, Mr. Branco (Milenkovic) had send me a text message prior to me walking into the ring, requesting me to go for the KO. This is why I had Sanchez down already in the fifth.

AW – Winning the IBF eliminator sets you up to fight for the full title. What does that mean to you?

ZT – Man, I really want this red belt. I’m only 25 years of age, but by previously losing two eliminators, some people were saying I should give up on the IBF and go for smaller organizations!

AW – As you just mentioned previously you had lost two very close decisions on the road against Juan Alberto Rosas and Roberto Sosa, looking back on those fights what are your thoughts?

ZT – I really thought I won both of those fights, especially against Sosa on split decision. But by stopping Sanchez who has beaten both Rosas and Sosa, I made a point and sent strong message out there.

AW – Sometimes fighters don’t get treated well on the road. Having fought in Argentina and a couple of times in Mexico, how have you found it?

ZT – It was a very long trip from East London to Mexicali, believe it or not, over 40 hours! I arrived in Mexicali the night prior to the weigh in, so you can imagine. I won’t go into details about treatment, but I was prepared for anything.

AW – Who are the members of your team, your manager, trainer, promoter? What gym do you train at?

ZT – My manager is Mala Tengefeni and my trainer is former WBC world challenger Mhikiza Myekeni. My promoter for the past four years is Mr. Branco Milenkovic. We train in the East London boxing gym.

AW – Tell us about your youth growing up on the Eastern Cape?

ZT – There is no secret, the best boxers in South Africa are coming from Eastern Cape. Names I’m sure you heard about and all of them were IBF world champions: Welcome Ncita (122 pounds), Vuyani Bungu (122), Zolani Petelo (105), Simphiwe Nongayi (115), Nkosinathi Joyi (105). The reason for it may be the fact that Eastern Cape is one of the poorest areas in the country. All of us see boxing as way out of poverty like, for example, soccer in Brazil.

AW – How did you first become interested and then take up boxing?
ZT – I was 8 years old when I started boxing, and got more interesting at the age of 9. My father is an ex-boxer but he never turned professional, so we (my brother and I) got that impression from him as we would sometimes see him running and punching a bag when he gets back from work… eventually we saw a boxing gym while we were at school during the break time at school then we went inside to ask for information and we were so interested.

AW – If we look at the junior bantamweight division, what are your thoughts on the current champions?

ZT – WBO champion (Omar) Narvaez has been around forever. At the age of 38 I think his time is coming to the end, but he did he defended (his title) so many times. Honestly, and beside the fact he lost, I think Daiki Kameda is the best in this division.

AW – Away from boxing what do you enjoy doing with your time?

ZT – I like reading books as I want to go back to school and finish up my studies. I’m interested in sport as a whole and in life general. I’m the last born at home (this is why my boxing nickname is “Lastborn”). I live with my family, mom and dad, my brother and my two sisters.

AW – Who was your boxing hero growing up? Who you like to watch today?

ZT – My dad used to tell us about Sugar Tay Leonard, so he was my boxing heroÔÇª Floyd “Money” Mayweather is the boxer I like to watch and learn from him.

AW – In closing, do you have a message the junior bantamweight division?

ZT – It may have take longer than I thought but Zolani Tete have arrived!