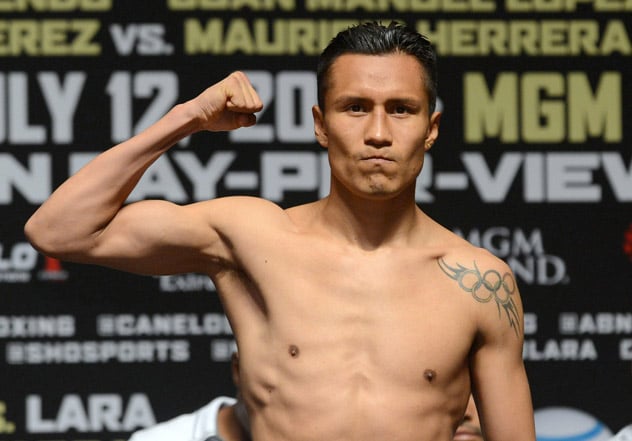 The fighters exchanged punches at a crazy rate in an action-packed third round but Lopez clearly got the worst of it, as he was staggered more than once before going down under a barrage of hard shots.

Lopez (34-4, 31 knockouts) evidently was too injured to continue because his cornermen stopped the fight.

The victory was a breakthrough for Vargas (20-0-1, 14 KOs), who had beaten some good fighters but had never faced a fighter with the name recognition of Lopez.

Vargas fought for Mexico in the 2008 Olympics.

Lopez was coming off a sensational knockout of Daniel Ponce de Leon but has now been stopped in four of his past eight fights.