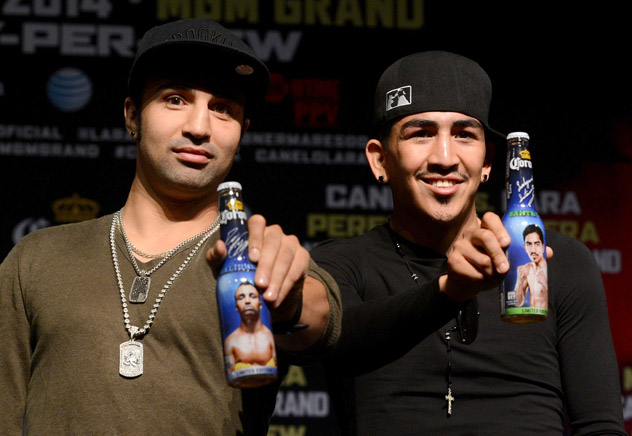 The event will be televised on HBO2 via same-day delay, starting at 5 p.m. ET/PT.

Zou (4-0, 1 knockout), 33, will face bantamweight rival Luis De La Rosa (23-3-1, 13 KOs), who was last in action for a second round knockout of Deivis Narvaez in November. Zou is coming off a seventh round stoppage of Yokthong (KKP) Kokietgym of Thailand.

Ramirez, 23, will be after his third consecutive stoppage win, having last been in the ring for a fifth round technical knockout of Giovanni Lorenzo in April.

Another fight on the card, to be televised separately on UniMas, will feature RING junior featherweight champion Guillermo Rigondeaux against two-time title challenger Sod Kokietgym. Rigondeaux-Kokietgym will be shown on same-day delay beginning at 11 p.m. ET/PT.

Junior middleweight Shane Mosley Jr., who debuted with a 34-second knockout in April, will return to action against Jerome Jones on the August 2 undercard of the Top Rank-promoted main event between welterweights Brandon Rios and Diego Chaves at the Cosmopolitan of Las Vegas, his father/trainer, Shane Sr. confirmed to RingTV.com on Thursday.

Mosley, 23, began his career by defeating 32-year-old Mark Cordova in the first round with a left hook to the body at Oceanview Pavilion, Port Hueneme, Calif.

Jones, 29, is 1-0-1 with one knockout, having stopped Oscar Hernandez in the second round in March 2013 and battled to a draw with Luis Iniguez in his last fight in September.