Brian Viloria: ‘I still have a lot left in the tank’ 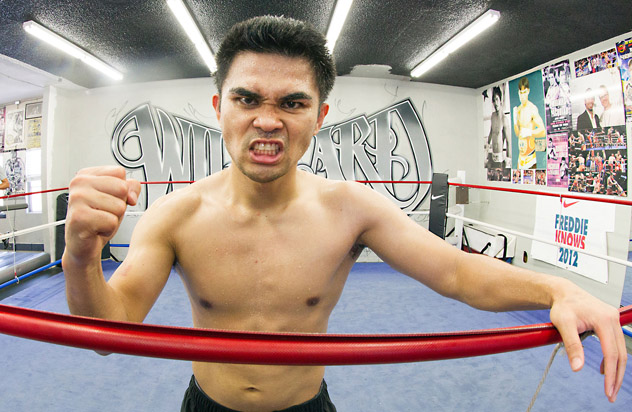 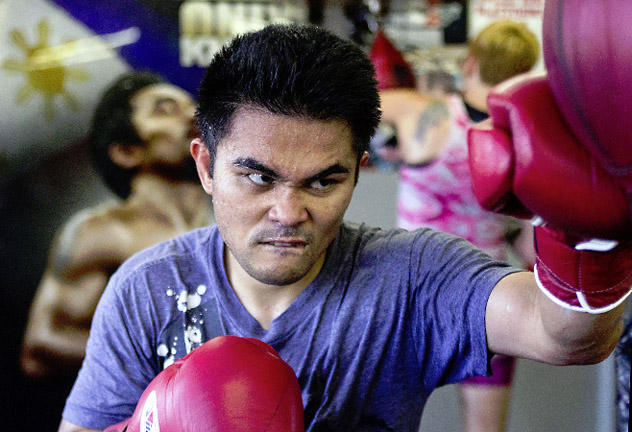 The cast of the 2000 U.S. Olympic boxing squad looks like the lineup of a “Where are they now?” feature story. Former champs Jermain Taylor and Jeff Lacy have long since burned out, as have contenders Rocky Juarez, Calvin Brock and Jose Navarro, who came up just a rung short at the championship level.

Only Brian Viloria, the smallest member of the team, remains a viable player 14 years later as he searches for new life in a career that has had equally surprising ups and downs.

Viloria (33-4, 19 knockouts) will be taking the next step of what is likely the final championship run of his career on July 19, when he faces Jose Alfredo Zuniga (11-5-1, 5 KOs) at the Venetian Resort in Macau.

Viloria is finishing up camp at the Wild Card Boxing Club in Los Angeles with rising trainer Marvin Somodio and is looking to win his second straight since losing his unified flyweight title to Juan Francisco Estrada in 2013.

“I’m just getting myself in line for another title shot, whoever it may be,” said Viloria, who has held four belts split between 108 and 112 pounds. “I was trying to get a rematch with Estrada but his people told me they weren’t interested in fighting me right now so I’m looking for a possible fight going against [IBF flyweight titleholder Amnat Ruenroeng]. There’s also talks about me going up against Zou Shiming, the Chinese gold medalist.

“There’s a bunch of fights out there for me. I’m just putting my focus on getting past Zuniga and we’ll see what happens after that.”

Zuniga, 25, of Matamoros, Mexico, has a deceptive record which suggests he may be a tougher out than meets the eye. According to boxrec.com, Zuniga turned pro in 2009 with a 12-round victory over future title contender Ganigan Lopez.

In his last two fights he defeated 108-pound contender Luis Ceja before dropping a majority decision to Alberto Rossel, THE RING’s No. 8-ranked junior flyweight.

“I’ve seen a couple of tapes on him, he’s a very durable fighter,” said the 33-year-old Filipino-American from Waipahu, Hawaii. “His record doesn’t tell you much about him but he likes to exchange. I’m just hoping for a great fight coming back. I’m trying to get myself back into that groove, into that mode.”

Viloria’s manager, Gary Gittelsohn, who signed “The Hawaiian Punch” out of the amateurs, said that Viloria is “ready for anyone in the flyweight division,” adding that “Zuniga is a tough customer and I expect the fight to deliver solid work for Brian.

“After that, we will seek the biggest opportunity available.”

Viloria credits the birth of his first son, Tyler, earlier this year for giving him motivation to continue his career, reigniting a passion for the sport as he tries to create a better financial situation for his growing family.

“I love this sport, first and foremost,” said Viloria. “I fell in love with it as a kid and I still love doing it now. It’s just the thing I was born to do.

“The other thing that motivates me is having a new son on board. My wife gave birth to our son Tyler a few months ago and basically just getting ourselves financially set. I love this sport and being able to continue doing what I’m doing, see how far I can go and just see how many titles I can get.”

When asked about whether he felt the time for him to hang up the gloves was imminent, Viloria said he will let fate take its course: “I don’t think I came across that bridge yet, and when I do I’ll have to cross and then have to retire. I’ll know then but I think I still have a lot left in the tank.”

Ryan Songalia is the sports editor of Rappler, a member of the Boxing Writers Association of America (BWAA) and a contributor to The Ring magazine. He can be reached at [email protected]. An archive of his work can be found at ryansongalia.com. Follow him on Twitter: @RyanSongalia.