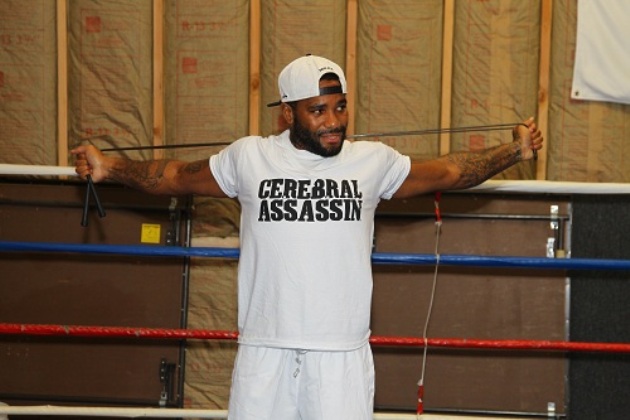 A purse bid has been scheduled for July 14 for an IBF middleweight title eliminator between Curtis Stevens and Hassan N'Dam. The winner will be the mandatory challenger to titleholder Sam Soliman, IBF Championships Chairman Lindsay Tucker informed RingTV.com on Monday.

Stevens (27-4, 20 knockouts), of Brooklyn, N.Y., was last in action for April's 10th-round knockout of Tureano Johnson, representing his second consecutive stoppage victory since, himself, being knocked out in the eighth round by WBA beltholder Gennady Golovkin in November.

N'Dam (30-1, 18 KOs), of France, will be after his third straight victory since falling to WBO titleholder Peter Quillin, who floored him six times during a unanimous decision win in October 2012. N'Dam is coming off a unanimous decision over Fulgencio Zúñiga in April.

In May, Soliman (44-11, 18 KOs), of Australia, dethroned Felix Sturm by unanimous decision for the IBF belt, defeating the German fighter for the second time in 15 months.

Sturm also lost a unanimous decision to Soliman last February, but the result became a no-contest after Soliman tested positive for a banned substance.