In the August issue of THE RING: Ranking U.S. heavyweights by decade 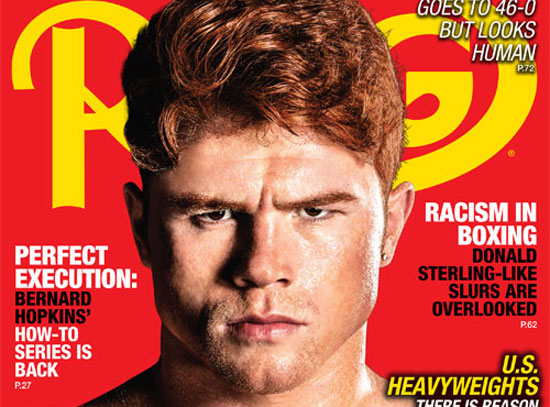 The August 2014 issue of THE RING Magazine, which is on newsstands now, includes a preview package of the Canelo Alvarez-Erislandy Lara fight.

The state of American heavyweights might be at its lowest point since bare-knuckle boxing was transitioning into the gloved era in the 1870s. Gone are the days when larger-than-life legends such as John L. Sullivan, Joe Louis and Muhammad Ali led the way as Americans dominated the sport’s glamour division. The shift took place in the 1990s, as the decline of boxing’s popularity drove athletic American men who weighed more than 200 pounds toward easier sports like football and basketball. Young heavyweights like Deontay Wilder and Bryant Jennings give Americans hope but, until someone breaks through, this remains the era of European domination.

For the vast majority of the past 120 years, the world heavyweight championship was in American hands. There were plenty of contenders from Europe who made it into the Top 10 through the decades, but only Max Schmeling and Ingemar Johansson legitimately interrupted the U.S. dominance. Then came Lennox Lewis and nothing was the same for Americans thereafter. A handful of Yanks have won big heavyweight fights and titles over the past 20 years but they were the exception rather than the rule.

In this feature THE RING ranks the 10 best American heavyweights by decade, with those who held a major title in bold text. You can see by the names and bold lettering that the Americans’ fortunes had changed in the 2000s. They still won some titles but most reigns were very short.

A few more things to keep in mind:

The first American-bred boxing superstar, John L. Sullivan, emerged in this decade even though the sport was in its infancy in the U.S. Sullivan dominated opponents in the ring – “My name is John L. Sullivan and I can lick any sonofabitch in the house” – and then made a living on the vaudeville circuit. His larger-than-life persona set the trend for American heavyweights, who for many years were the biggest heroes and personalities in sports.

To read the rest of this story and other articles in the August 2014 issue of THE RING Magazine, please purchase the magazine at a newsstand near you. Don't know where to find it? Just scan the QR code below or go to http://www.wheresmymagazine.com, which will indicate what newsstands in your area sell THE RING. Or subscribe to the magazine — both the print and digital versions — by clicking here. You can also purchase the current issue on that page.