Erislandy Lara: “I don’t owe (Canelo Alvarez) nothing (but) a left hand” 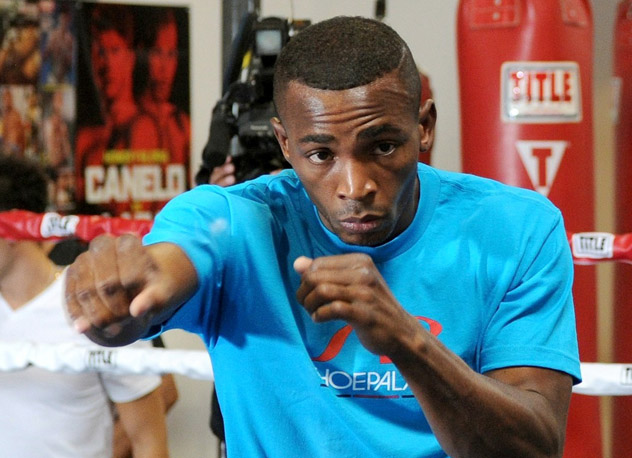 Erislandy Lara once called Canelo Alvarez "a baby" for not accepting his challenge. The Cuban southpaw also interrupted Alvarez during a post-fight press conference and generally "talked a lot" and "disrespected all Mexicans," according to Alvarez.

"The press conference where Lara got up on stage, that definitely bothered me," said Alvarez, during a recent interview. "I'm not one of those fighters to do that type of thing. Him talking so much was the straw that broke the camel's back. That's why we're fighting now."

Although Alvarez (43-1-1, 31 knockouts) agreed to fight Lara (19-1-2, 12 KOs) in a July 12 Showtime Pay Per View headliner at the MGM Grand in Las Vegas, Lara still gives Alvarez little credit for taking the fight.

"I don't owe him nothing other than a left hand. I forced this fight. It wasn't because Canelo wanted to take this fight. I've been after this fight for two years," said Lara, 31, during a Wednesday conference call.

Alvarez insists that he will let his fists do the talking.

"It doesn't matter what they say. They can say whatever they want. I'm not going to lose sleep over it. I'm not going to get into these head games," said Alvarez. "If I didn't want the fight, then the fight wouldn't be happening. The fight is here because I wanted the fight, and on July 12, we're going to see who hits who."

In back-to-back fights in March and July 2011, Lara turned in a subpar performance in a draw with current IBF titleholder Carlos Molina that many thought he deserved to lose, and one of his best performances during a majority-decision loss to former two-time welterweight titleholder Paul Williams, which many ringsiders and boxing insiders thought Lara had won.

"It depends on who is in front of you for any given fight. Some guys are hard to get up for and some guys are not, but, obviously, Canelo Alvarez is one of those guys where you have to be at your best," said Ronnie Shields, Lara's trainer.

Similarly, there have been his consecutive efforts during a 10th-round stoppage of Alfredo Angulo, who dropped him once each in the fourth and ninth round last June, and a near-shutout unanimous decision over Austin Trout, whom he dropped in the 11th round, in December.

Meanwhile, Alvarez has scored a seventh-round knockdown during a unanimous decision over Trout in April 2013, lost his WBC 154-pound belt to RING and WBA champion Floyd Mayweather Jr. by majority decision last September, and rebounded with a 10th-round stoppage of Angulo in March.

"You can't take anything away from Alvarez, but I think that Lara is the better fighter period," said Shields. "Erislandy Lara has fought the best fighters out there and he's fought anybody who will fight him, so Lara doesn't have a pick-and-choose career, where I think that Canelo's career has been pick and choose."

When it comes to Alvarez, Lara doesn't make much of their comparative results against Angulo and Trout.

"I was there personally, and I didn't see the same Alfredo Angulo or the same fighter that I saw in my fight, and I thought that it was a decent fight, and nothing special," said Lara.

Lara said that he is also unconcerned about winning a decision in the fight, whose referee is Robert Byrd, with the judges being Dave Moretti, Jerry Roth and Levi Martinez.