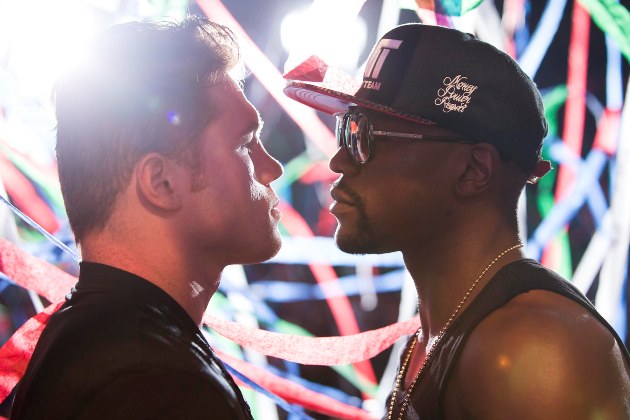 Floyd Mayweather Jr. traditionally competes on the weekends of Mexican holidays Cinco de Mayo and Mexican Independence Day in May and September, respectively.

But during a Wednesday conference call promoting his July 12 bout against southpaw Erislandy Lara (19-1-2, 12 knockouts), Alvarez (43-1-1, 31 KOs) said he intends to regain the dates that he feels belong to his Mexican countrymen.

Starting with his 2007 split decision victory over Oscar De la Hoya, Mayweather has fought in May, taking out Shane Mosley in 2010, Miguel Cotto in 2012 and Robert Guerrero in 2013 by decision on Cinco de Mayo weekends before taking down Maidana.

Beginning with his 2009 unanimous decision over Juan Manuel Marquez, Mayweather has competed in September, following that up with a fourth-round stoppage of Victor Ortiz in 2011 and the win over Alvarez.

Alvarez was last in action for a 10th-round stoppage of Alfredo Angulo in March, largely because Mayweather already had taken the date in May for his win over Maidana.

"Canelo has now become a star of his own and has begun having a big draw and being a person who fans adore. Me, as his promoter, it is my obligation to do what's best for the fighter. So we're obviously focusing 100 percent on Erislandy Lara and then we will be sitting down with Saul 'Canelo' Alvarez and planning out his future."