Ed Paredes hopes to make his mark vs. Alfonso Gomez 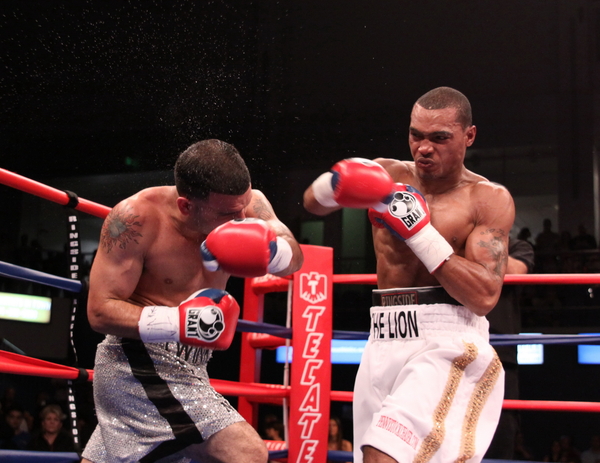 Junior middleweight Ed Paredes is 14-0-1 with 10 knockouts over the course of his past 15 fights, having last suffered defeat by unanimous decision against current IBF titleholder Carlos Molina in April 2009.

"I feel that he did win that fight but I took that fight on 20 days notice," said Paredes, 29. "Not to take anything away from Carlos Molina but I was mainly concentrating on making the weight for that fight, so I wasn't as prepared for the fight as I could have been."

Since then, Paredes (35-3-1, 23 knockouts) has not had a title shot and realizes he may be closing in on the twilight of his career.

However, he has renewed enthusiasm after signing with Golden Boy Promotions in December following a unanimous decision over Noe Bolanos in August. Paredes won his last fight by second round stoppage of George Sosa in March.

"I was signed with local promoters from here in Florida and I think that it was just harder for them to get me into the types of fights that would help me to get into the situation to fight for the title," said Paredes, a resident of Hollywood, Fla., who is of Dominican descent.

That's why there is a sense of urgency attached to Paredes' clash with journeyman Alfonso Gomez (23-6-2, 12 KOs) on July 9 at The Joint at the Hard Rock Hotel and Casino when the FOX Sports 1 and FOX Deportes Golden Boy Live! series returns to Las Vegas.

With his fight taking place in advance of Golden Boy's July 12 match-up between junior middleweights Saul Alvarez and Erislandy Lara, Paredes may have a chance to shine in front of media members who might show up to watch him face Gomez.

Gomez, 33, has been in with a number of name fighters, having stopped aging boxers Arturo Gatti and Jose Luis Castillo as well as Carson Jones. Gomez has also decisioned Ben Tackie, Jesus Soto Karass, Peter Manfredo Jr. and Jesse Brinkley. Gomez has also lost a decision to Ishe Smith and been stopped by both Alvarez and Miguel Cotto.

"I thank Alfonso Gomez for taking this fight because this is something that I've waited so long for. This means a lot to me. I'm prepared for this fight. My weight is good and we've had a great camp," said Paredes.

"I'm looking for every opportunity to come out of this fight victorious. A lot of people say that I'm just a big puncher who comes forward but I'm not going out there and looking for the knockout. I know that I can box and I can mix it up and to make a mark with this fight."