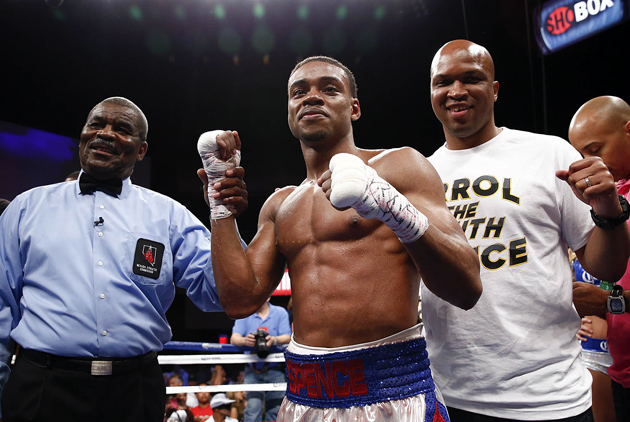 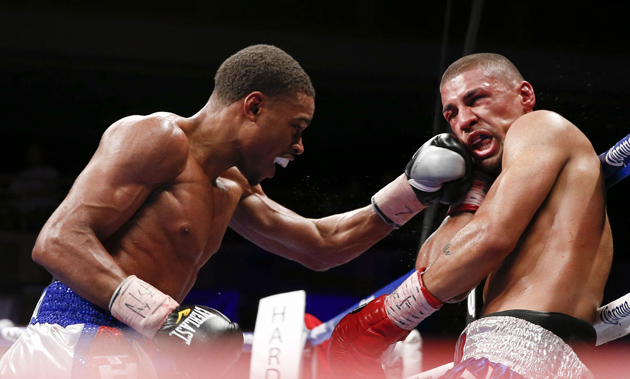 Redkach (17-0, 13 knockouts), a 28-year-old southpaw from Ukraine, was often frustrated by the constant holding and pesky boxing style of his more-experienced opponent but the Los Angeles-based puncher's aggression and harder shot were rewarded by the judges, who scored the fight 100-90, 99-91 and 98-92.

Spence (13-0, 10 KOs), a 24-year-old southpaw from Desoto, Texas, dominated the game but outgunned Cruz from start to finish, earning shutout scores (100-90) from all three judges. The former U.S. amateur standout and 2012 Olympian boxed a poised fight, while punishing Cruz to the body and head with accurate combinations.

Cruz (20-4, 15 KOs), a 27-year-old Puerto Rico native, had gone the 10-round distance four times and the 12-round distance once against solid opposition (including former welterweight titleholder Kermit Cintron) but the Bethlehem, Pa.-based fighter could not prevent Spence from landing 58 percent of his power punches.

Spence went the 10-round decision for the first time in his promising career.