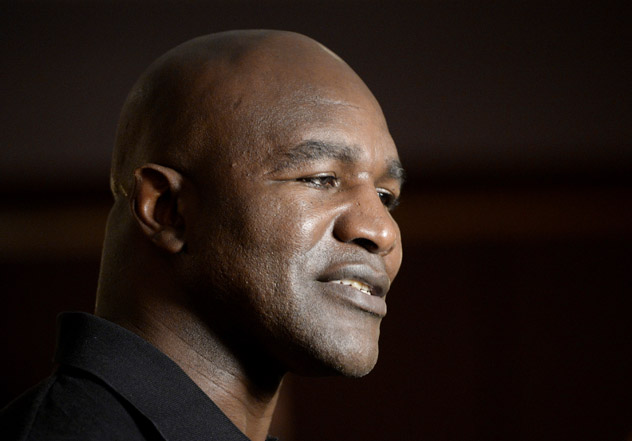 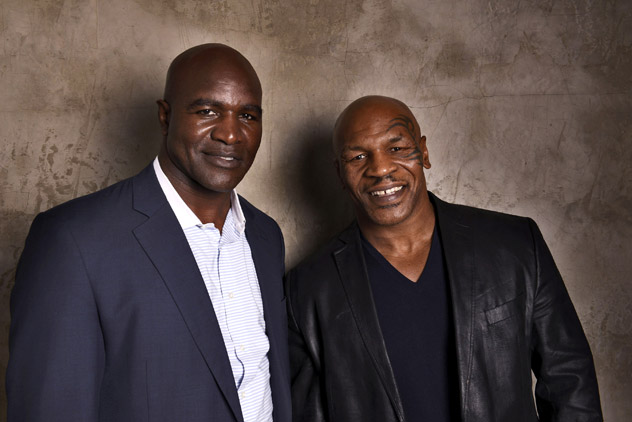 NEW YORK — Five-time heavyweight champion Evander Holyfield, who turns 52 in October, made it official on Thursday when asked if he would be seen in the ring again.

"No, I'm done," said Holyfield, who will be inducted into the Nevada Hall of Fame on Aug. 9 in Las Vegas. "They're putting me in the Hall of Fame on the 9th, so it will be official. Won't nobody fight me, and now, I don’t want to get hit."

Holyfield (44-10-2, 29 knockouts) spoke to a small group of reporters, including Tim Smith of RingTV.com, on Thursday during a press conference to announce his new role as a goodwill ambassador for Dynasty Boxing and an advisor to heavyweight prospect Zhang Zhilei, of China

"It just started happening," said Holyfield, regarding his thoughts on leaving the game. "The guys [at Dynasty Boxing] were waiting on me to be part of this thing, and I told them that I would. They said, 'Have you retired?' I said I'd be retired that day. I'd say that's it."

Meanwhile, the 6-foot-6 Zhang, a southpaw who won the Olympic super heavyweight silver medal at the 2008 Beijing Olympics, will make his professional debut Aug. 8 in Fallon, Nevada, against an opponent to be determined on ESPN2's Friday Night Fights.

A full report from Tim Smith is forthcoming.

Below are more comments from Holyfield.


Evander Holyfield on why he's making the announcement:

"The Klitschkos didn't want to fight me and I didn't want to pay the price to go and do the other things that they wanted me to do to fight. They want me to fight a couple guys. I ain’t fighting nobody. I’m going to fight you. These young guys they have coming up, they don’t know how to fight. It’s going to be to my disadvantage.

"They might hit me with something crazy. The Klitschkos are skillful fighters. They do certain things that you can pick up. You get in this league and there are people who know how to fight. You mess around and let somebody advance in this league who can’t fight…

"It’s like John Ruiz, the worst fighter I ever fought. How in the world could he get to this level? He’s head butting me in the knee. It makes the fight harder for me. I’ve fought all these great fighters who know how to punch. When you put something new in there don’t supposed to be in there they’re going to mess it up.

"People were like, 'You can’t even knock him out.' They don’t understand. I hadn’t fought anybody like that in so doggone long. It was like the amateurs. I was trying to be a good guy and follow the rules and regulations and fight who they said I was supposed to fight.

On whether or not he has any regrets about not fighting Wladimir Klitschko?

"Yeah it bothered me a little bit. I realized that I had the style (to beat them). I could fight inside. When they reach out and grab from the outside, that’s an amateur move.

"When you don’t throw body shots they can do that. If he would have reached out like that to grab me, I would have hit him right to the ribs. He wouldn’t never reach out to grab me like that again and I would be throwing more punches.

On what he sees in the division:

"I think he did good with the competition. I don’t believe you should blame him because the division is weak. He’s an individual. If he don’t have to make no adjustments he can do the same thing and that’s what he’s done.

"No one had the boxing skills that he had. Of all the amateur fighters him and his brother were the best technical big guys out there. Couldn’t nobody else make the adjustments. His reign is his reign."

On the future of boxing:

"Amateur boxing was so great when me and Mike Tyson came out. You had Lennox Lewis and all these guys who had to make adjustments because we all had different styles.

"Who in the world would have thought that Mike Tyson would have been able to jab somebody whose 6-6. He was able to do the things that show you that size don’t make a difference. He beat some big guys."