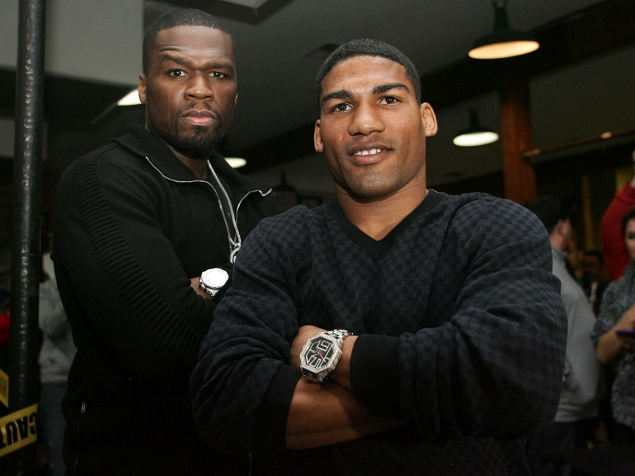 Lightweight Yuriorkis Gamboa stands nearly a full three inches shorter than WBO titleholder Terence Crawford, the man he will face on Saturday at the CenturyLink Center in Crawford's hometown of Omaha, Neb.

Nonetheless, Gamboa says his experience as a professional, let alone a Cuban Olympic gold medalist, has him primed for the challenge for the 5-foot-8 Crawford, with whom he shares an identical record of 23-0 with 16 knockouts.

"By going back to all of the fights in my professional career, I have been pretty much the smaller fighter in all of my fights," said Gamboa, 32, who is listed as 5-5-and-a-half. "I don’t think it will have much of an affect. I know how to adjust and I know how to come in with a game plan."

Crawford was last in the ring for a dominant title-winning decision over Ricky Burns in Glasgow, Scotland in March while Gamboa's most recent bout was a unanimous decision over previously unbeaten Darleys Perez on June 8, 2013.

"He is going to be a big challenge. He is a great fighter like myself. I never got hit by him so I don’t know about his power. Gamboa has a lot more amateur experience," said Crawford, comparing Gamboa to Burns.

"But at the same time they are two different fights. One is tall and one is short and they fight two different styles. Gamboa is a real skillful fighter and he can make adjustments in the ring as the fight goes on. We just have to wait to see what happens."

As far as the size disadvantage, considering he is in just his second fight as a 135-pounder, Gamboa said he's become accustomed to that.

"It's just something I have dealt with since I was an amateur," said Gamboa. "I've always been the smaller guy."


Note: Gamboa defected from Cuba through Germany, where he applied for a visa to enter the United States. During Saturday's World Cup game during which Germany edged the United States, 1-0, Gamboa praised both countries on his Twitter account.

"USA vs GERMANY. I have a personal debt to both countries," wrote Gamboa. "They both opened their doors to me and my family at one point. Tough game."