Devon Alexander: I would beat Marcos Maidana worse in a rematch 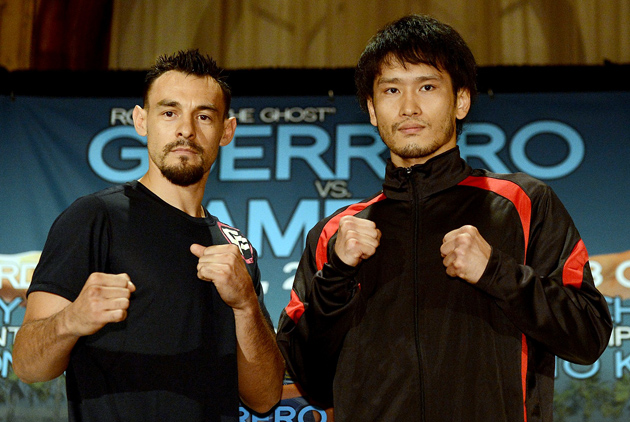 Devon Alexander insists that he would beat Marcos Maidana just as easily as he already has if they were to fight again, despite of Maidana's solid performance agaisnt RING No. 1-ranked pound-for-pound welterweight Floyd Mayweather Jr.

The 27-year-old Alexander (25-2, 14 knockouts) made his comments after weighing in at 148 and a quarter pounds at Friday's weigh-in for Saturday's bout against Jesus Soto Karass (28-9-3, 18 KOs), who came in at an even 148 in advance of their fight at StubHub Center in Carson, Calif.

Alexander and Soto Karass share a common opponent in Maidana, whom Alexander dominated for a unanimous decision in his 147-pound debut in Februaty 2012, and against whom Soto Karass was stopped in Round 8 in September 2012.

Maidana's past five fights since facing Alexander have included three straight knockouts, one of which was over Soto Karass, with another being a unanimous decision over previously unbeaten Adrien Broner during which Maidana scored two knockdowns on the way to earning the WBA's belt in December before falling to Mayweather.

"It depends on who you talk to about his improvement, but I didn't see any improvement," said Alexander. "It's just that Floyd didn't do what he was supposed to do. But if we fought again, it would be the same."

Alexander has faced seven current or past world titleholders in his last nine fights, a run that includes decision victories over Maidana and Lucas Matthysse, two of Argentina's most devastating punchers.

Alexander had scored a seventh-round stoppage of Lee Purdy in May of 2013 before falling to Porter, the Purdy win representing his fourth straight victory since falling to Bradley by 10th-round technical decision in January 2011.

Entering his match with Maidana in February 2012, there were some observers who felt Alexander had lost his previous three bouts against Kotelnik, Bradley and Matthysse.