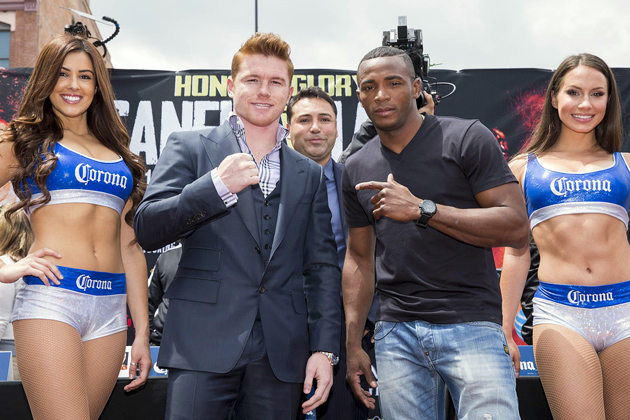 Klitschko was last in action for a fifth-round knockout against Alex Leapai, whom he dropped once in the first round and twice in the fifth. Klitschko also holds the IBF, WBA and WBO titles.

"Kubrat Pulev has an impressive record as an amateur and as well as professional. He has very good skills and I will definitely not underestimate him," said Klitschko, who stands 6-foot-6 to Pulev's 6-4.

"I am looking forward boxing in Hamburg. Everybody knows I have a special relationship to this city and the atmosphere in the O2 World has always been unbelievable."

Pulev, 33, was last in the ring for his second consecutive stoppage victory, a third-round knockout of Ivica Perkovic in April.

"I will get the titles. I am ready to replace Wladimir Klitschko as the world champion," said Pulev. "This fight is the highlight of my career. I will show the fans worldwide that Klitschko is no invincible machine and fulfill my dream. I have worked hard for this chance."

Pulev won an IBF "box-off that we had and really, he beat two guys," said IBF Championships Chairman Lindsey Tucker in an earlier interview with RingTV.com. "He beat [Alexander] Ustinov…and then he beat Tony Thompson…" in Sept. 2012 and August 2013, respectively.

"We are very happy to be able to organize the fifth boxing event in Hamburg," said Bernd Bönte, CEO of the Klitschko Management Group (KMG). "The KMG is seated in Hamburg and our cooperation with the O2 team has always been wonderful. The audience can expect a first-class event in a fantastic arena."