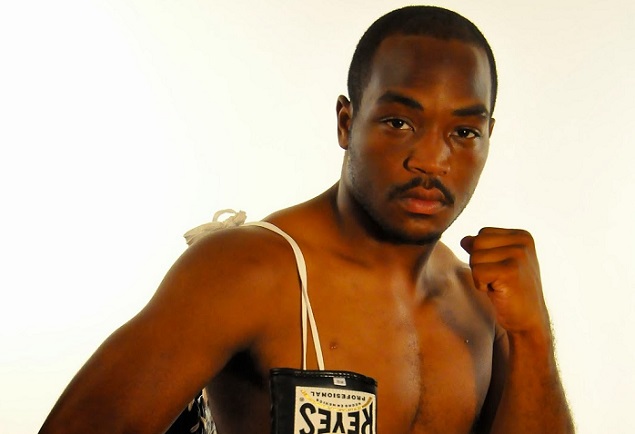 Junior welterweight Mike Reed said he is set for Saturday's "audition" for Top Rank Promotions against Alberto Morales, which will take place at Bally's Event Center and represent his debut in Atlantic City.

"This is a major step up and this is showing that what I've been doing for the past year and all of my hard work, all of that is finally being noticed," said Reed, who has fought eight times in his native Maryland and once in Washington, D.C.

"For me to have this opportunity to fight on a Top Rank card, you know, they're one of the biggest promoters out there. So for me to have a chance to show my talents in front of them, this is like an audition. This is a really important shot."

"I've been following Mike Reed's career and I've been impressed but I never really had any kind of contact with him," said Goodman. "Coincidentally and ironically, Ross, who is the guy who has been putting him on those shows, he was pushing him. So I finally said, 'You know what? Let's give him a chance.'"

Goodman said that he also heard about Reed from Barry Hunter, trainer of IBF junior welterweight titleholder Lamont Peterson and his brother, lightweight standout Anthony Peterson, who both fight out of nearby Washington, D.C.

"Barry Hunter got involved and said, 'This kid can fight,' in his opinion and that's how it all started, so we know what kind of ability he has and we're going to take a look at him," said Goodman.

"But the thing is, I don't want him going out there trying to be overly impressive because that's when you look like s–t. So there's no pressure. I just want to see Mike go out there and be himself and to treat it like it's just another fight."

Nicknamed, "Yes Indeed," Reed was last in action for a fourth-round stoppage of Regino Canales at the Rosecroft Raceway in Fort Washington, Md. in April after having scored a unanimous decision over previously unbeaten Bilal Mahasin in March.

Reed was making his sixth consecutive appearance at Rosecroft and his seventh overall, having fought six times in 2013, scoring four knockouts during that time.

"Since Brad Goodman has contacted Keystone Boxing about me and shown interest in me, from there, things have been set in motion for me. I'm hoping to show that I'm explosive in the ring and that I'm marketable inside and outside of the ring," said Reed, who will be in his fourth fight of 2014 against Morales, having kicked off the year by stopping Jorge Marquez in the fifth round five days after his birthday in January.

"This means that they're interested in signing me and that they like what they saw and that they're pretty much giving me a call back for the second interview for a job. It's like their time to get familiar with me and if they like what they see, they'll call me back. That's what this fight is for me. It's that second interview and I'm going to show them that I'm a fighter that they should sign."