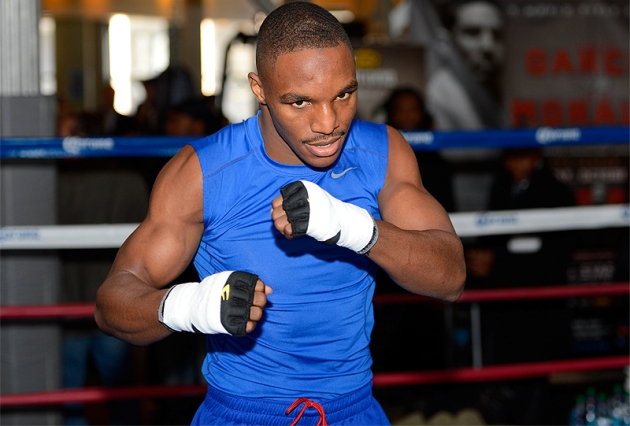 Devon Alexander has faced seven current or past world titleholders in his past nine fights, a run that includes decision victories over two of Argentina's most devastating punchers — Lucas Matthysse and Marcos Maidana — but the former junior welterweight and welterweight beltholder says he still has to prove himself to the boxing public.

Alexander's only losses are to THE RING's No. 6 pound-for-pound fighter Timothy Bradley and THE RING's No. 4-rated welterweight, IBF titleholder Shawn Porter, who remained undefeated with a fourth-round stoppage of two-division beltwinner Paulie Malignaggi in April.

Yet as Alexander (25-2, 14 knockouts) returns to action on June 21 at StubHub Center in Carson, Calif., against hard-hitting Jesus Soto Karass (28-9-3, 18 KOs), for the first time since being dethroned by Porter, he does so against the backdrop of skepticism. Alexander is used to it. He says even his victories are questioned.

"Every time I beat these guys, there is always some type of excuse," said Alexander, who turned 27 in February. "You know, I was holding too much, or it was too close of a fight. There is always a question when I get a victory as far as how I beat them or something like that, and, to be honest, I haven't really sat down and said, 'I beat this guy,' and, I haven't really enjoyed it because I've got so much negativity coming back. I try not to worry about that.

Prior to facing Porter, Alexander had scored a seventh-round stoppage of Lee Purdy in May, representing Alexander's fourth straight victory since falling to Bradley by 10th-round technical decision in January 2011.

"They're not just going to give it to me. The top guys are there, and I've got to continue to beat these guys. They're not going to just give me anything, I've got to go out there and work for it. The only way that I do that is to continue to go to the gym, work hard and continue to beat these top guys. That's the only way. You're going to have your critics, and you're going to have people saying this and that, but at the end of the day, as long as you get the victories, that's all that matters."

Purdy represented the closest thing to a soft-touch that Alexander has faced, and Purdy's corner stopped the fight after the seventh round despite Alexander's having severely damaged his left hand.

Entering his match with Maidana in February 2012, there were some observes who felt that Alexander had lost his previous three bouts against Kotelnik, Bradley and Matthysse. Alexander, meanwhile, dominated Maidana, winning by scores of 99-91 and 100-90 (twice).

Maidana's past five fights since facing Alexander have included three straight knockouts, one of which was over Soto Karass in the eighth round in September 2012.

There was also Maidana's unanimous decision that included knockdowns in the second and eighth rounds of and dethroned previously unbeaten Adrien Broner as WBA welterweight titleholder last December, and last month's majority decision loss to Floyd Mayweather Jr., a bout some observers felt Maidana had won.

A rugged 31-year-old, Soto Karass has fought as high as junior middleweight for a fifth-round knockout loss to middleweight title challenger Gabriel Rosado in January 2012, and is 4-2 with two knockouts over the course of his past six fights.

In succession, Soto Karass lost to Maidana in September 2012, scored consecutive wins by unanimous decision over Selcuk Aydin in January 2013 and 12th-round knockout over former titleholder Andre Berto last July, and lost his last fight by ninth-round stoppage to Keith Thurman in December.

Soto Karass said that he thrives in the role of underdog, even as he considers Alexander's style and left-handed stance to be among the most difficult he will face.

"I know that I can give great fights, and that's also something that always has motivated me. It's the fact that, win or lose, I'm always going to be involved in a great fight. Obviously, everybody wants to win a world title. That's everybody's dream," said Soto Karass.

"But I'm very thankful for what I've gotten out of boxing. What I've received out of boxing has changed my lifestyle. It's in God's hands, and if he wants me to be a world champion, then that's going to happen. I'm always ready and I'm always going to fight hard."