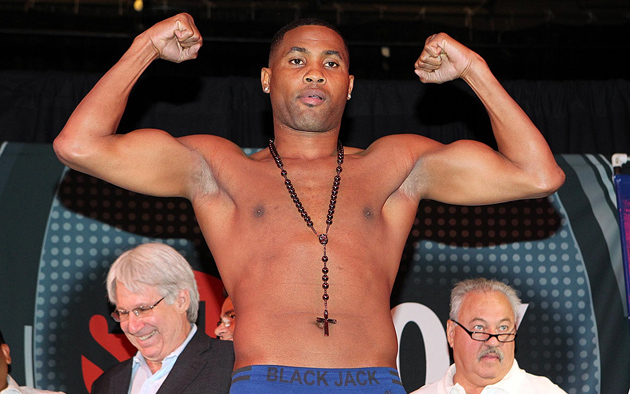 Yudel Jhonson was successful in every way in beating Norberto Gonzalez on Friday night, except the way that may ultimately matter most.

He sure didn’t impress his promoter.

Though he thoroughly dominated Gonzalez en route to a 10-round unanimous decision in the main event of ESPN’s Friday Night Fights, Mike Tyson was less than thrilled with the in-ring action, or the reaction of the audience.

“Yudel Jhonson shouldn’t be fighting in the main event with people walking out of the building. The main events people should go to should involve exciting fighters. People don’t say I’m going to save up my money to watch Yudel Jhonson fight. That’s just not going to happen,” said Tyson.

The crowd at the Turning Stone Casino in Verona, N.Y., was raucous throughout the evening, but quieted entirely during the featured bout, save for the requisite cat calls towards the ring card girls.

Gonzalez (20-4, 13 KOs), normally a high-tempo pressure fighter, was neutralized by the slick boxing of Jhonson. In particular, he couldn’t get out of the way of Jhonson’s left hand, and certainly wasn’t fond of the Cuban’s body shots either.

If the bout is to be considered dreary, some of the fault lies with Gonzalez for simply being double tough. Jhonson (16-1, 9 KOs) threatened to end the fight with a knockdown at the end of round 5, and hurt him badly again with a left uppercut to the body in the seventh round.

A low blow in the ninth from Jhonson seemed to enrage and energize Gonzalez, but his recklessness got him into trouble immediately. Less than a minute later, he ran into a short left hand on the inside that dropped him for a count of eight and nearly ended the fight.

Instead, it went the distance, with 97-91 scores for Jhonson awarded unanimously.

Others in the Iron Mike stable managed to please Tyson however, in particular Sammy Vasquez Jr., who turned in another impressive television performance, blasting through Jay Krupp via third-round TKO.

Vasquez, Monessen, Pa., nearly ended the night early, decking Krupp with a straight left hand near the end of the first round. He wobbled Krupp with the very next punch following the eight count, but the bell sounded moments after.

He continued to overpower Krupp in the second frame, dropping him with a short right hook that prompted the ringside physician to have a look.

The doctor would get an elongated look at him in the next round, as Vasquez sent him to the canvas with a quick left hand he couldn’t recover from.

"We'd like to bring him back to Pittsburgh and have him fight Paul Spadafora," said Tyson. "That fight would (bring) a sellout crowd."

After some early struggles against the shifty, busy journeyman, Khytrov’s thudding power began to take effect. By the third round, he had Chatman pinned on the ropes consistently, and was looking to trade hooks.

At 2:18 of the third, he found the exchange he was looking for, and landed a left hook square on Chatman’s chin that pancaked him on the canvas. Remarkably, he was able to get back to a vertical base before the count of 10, but the referee wisely waved the fight off anyway.

Khytrov (5-0, 5 KOs), a 2012 Olympian, displayed some fight-ending power—and some serious defensive deficiencies—both of which will make him a staple on Iron Mike Productions television dates for the foreseeable future.