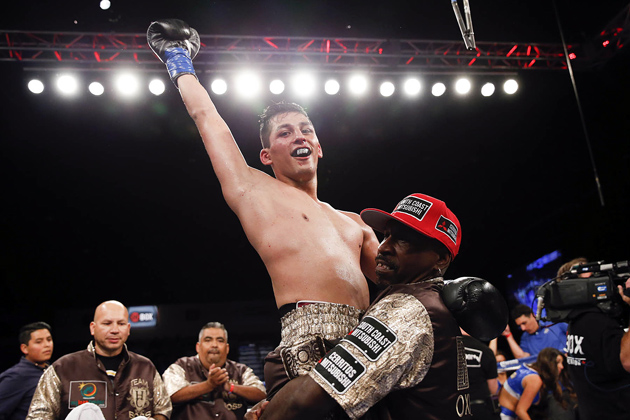 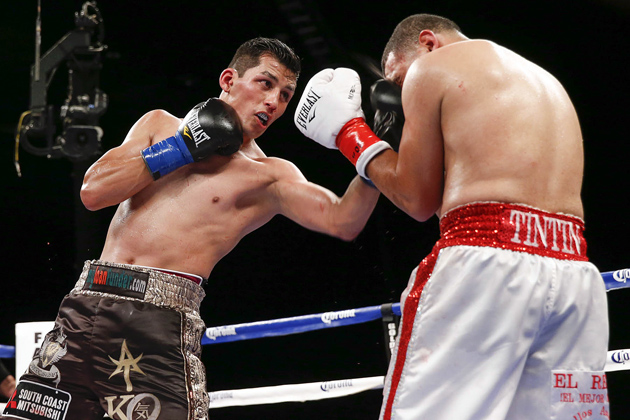 INDIO, Calif. — Even though the fight lacked a steady flow of excitement, Hugo Centeno showed who the "boss" was against Gerardo Ibarra on Friday night.

Centeno won a one-sided 10 round unanimous decision over Ibarra at the Fantasy Springs Resort Casino in this Southern California desert town.

The bout headlined a Golden Boy Promotions card and was televised live on Showtime.

Centeno was coming off a 10th-round come-from-behind knockout victory over Angel Osuna in his last fight on Dec. 13. That bout also took place in Indio.

Centeno was scheduled to fight 2008 United States Olympian Domonique Dolton, but Dolton had to back out of the fight less than a week ago due to suffering an injury in training camp.

Ibarra started out well in the opening round, taking the fight to Centeno and landing some hooks and crosses that produced blood from Centeno's nose. It would be the only clear round Ibarra won as Centeno took over in the second round.

Centeno, who was working for the first time with trainer Eric Brown, kept Ibarra on the outside, landing the more telling blows during exchanges between the two fighters. Ibarra attempted to load up at times, but Centeno would beat him to the punch with straight rights to the head.

Whenever Ibarra was able to get on the inside, Centeno made him pay, landing hard left or right uppercuts to the head. It worked well for Centeno in the second half of the fight, especially when the outcome of the fight was already decided.

Ibarra attempted to rally in the final rounds, but his punches had little effect and he had slowed down considerably compared to what he had down in the opening rounds.

Santana gets upset win over Gomez

In the co-feature bout, Francisco Santana won a 10-round unanimous decision over Eddie Gomez. It was the first loss of Gomez's career.

Gomez controlled the first half of the fight, beating Santana to the punch with right hands and left hooks to the body. Santana initiated exchanges, but threw no jabs, making it easy for Gomez to counter to the head or body.

Santana increased his punch output and aggression in the middle rounds. He was rewarded by landing the more telling punches, even backing up Gomez during those rounds.

Santana seemed to slow down in the eighth round, allowing Gomez to land hard left hooks to the body in the hopes of slowing Santana down.

Sensing the fight was in the balance, Santana pushed the action in the 10th round. Gomez circled around the ring, bobbing and weaving punches, but was stunned in the final moments as Santana landed a left hook to the head.

– 2012 United States Olympian Terrell Gausha won a 10-round unanimous decision over James Winchester.
It was all Gausha as he landed the more telling blows during most of the fight. Gausha (10-0, 5 KOs) countered anything Winchester threw, even though it would have served him best to initiate exchanges.

Gausha dropped Winchester (16-10, 6 KOs) with a right hand in the eighth round. Winchester got up, but had to deal with a barrage of punches from Gausha and a cut that bleeding profusely from above his left eye. To his credit, Winchester fought back, making for decent exchanges between the two until the final bell.
All three judges scored the bout 100-89 in favor of Winchester.

– Featherweight prospect Diego De La Hoya (5-0, 4 KOs) stopped Rigoberto Casillas in the third round. De La Hoya, who is the younger cousin of Oscar De La Hoya, was on the offensive from the opening bell, putting Casillas on the defensive.

De La Hoya stunned Casillas (10-12-1, 8 KOs) a handful of times in the second round, particularly with left hooks or right crosses to the head. Immediately after the start of the third round, De La Hoya hurt Casillas with a left-right combination to the head. Right when De La Hoya was going in for the kill, referee Pat Russell stepped in and stopped the bout at 28 seconds.

– Super bantamweight Oscar Negrete (5-0, 1 KO) stopped Pablo Cupul after the second round when Cupul (4-16, 3 KOs) was unable to continue, citing an injury.

– In a fight featuring local fighters making their professional debuts, David Figueroa won a four round unanimous decision over Rick Quevedo. All three judges scored the bout in favor of Figueroa, 40-36, 40-36, and 39-37.

– Middleweight Immanuwel Aleem stopped Cameron Allen (5-16, 3 KOs) in the fourth round. Aleem (8-0, 4 KOs) dropped Allen once in the second and twice in the fourth before referee Raul Caiz, Jr. waved the fight over at 2:56.