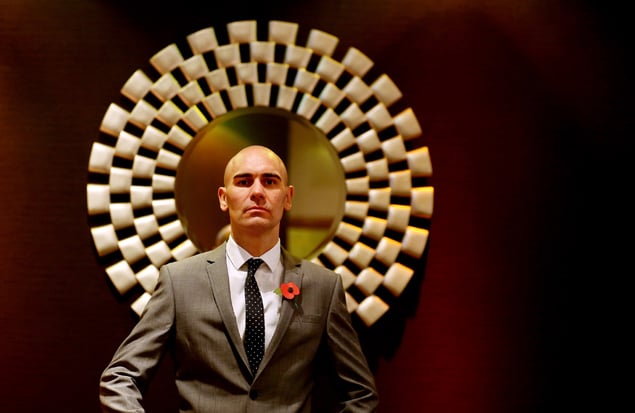 Stuart Hall didn’t turn professional until he was 28 years old and virtually no one pegged him as a potential world champion. Never one to pay attention to critics, the relentless pressure puncher from Darlington, England, is now armed with the IBF bantamweight title, and is keen to defy the odds once more when he meets red hot favorite Paul Butler in Newcastle this Saturday.

“I’m just going to train for this fight the way I always do,” said Hall, who will be making the second defense of the title he won against Vusi Malina, last December. “Despite being new to this weight division, Butler is a threat. He’s unbeaten and apparently very confident, so this one has my full attention.

“With that said I think my size is a big advantage because I’ve been in with the likes of Sergio Perales, who is a ranked junior featherweight, and I’ve been at 118 pounds for my entire career. Butler thinks I’m in for a shock, but I’m not one for mouthing off, and will let my fists do the talking on fight night.”

Despite being the bigger man, Hall is wise to take Butler seriously. The 25-year-old challenger from Merseyside has dominated all 15 of his opponents, scoring 8 knockouts, and is unanimously touted as one of the finest talents in the UK. He has won British and Commonwealth titles as a junior bantamweight and is also notorious for making a real target of the midsection.

“Butler is a decent body puncher, but I sparred with him five or six times and he didn’t hurt me,” said Hall, who remains completely unconvinced. “We were obviously wearing baby gloves, so I will have to watch those shots in the fight, but a body punch has never bothered me in my whole career, so I’m not going to worry now.

“His plan is to catch me with the body shot. He’s going to land one, nothing will happen and then what’s he going to do? He’s going to spit his dummy out, like he does when he has a poor spar. I’ve heard stories about him being upset after sparring, saying he’s had an off day. He’s a spoiled kid when things don’t go to plan, and that’s exactly what’s going to happen when we fight.”

So Hall knows what to expect from the loquacious challenger, but what is he planning to do about it? The 34 year old is renowned for doing the unexpected and he promises to deliver more shocks, when the first bell rings in Newcastle.

“My jab is going to be in his face so much he’ll think he’s surrounded,” said Hall, who is 16-2-2 (7 knockouts). “My power is also a factor and every shot he takes will be dangerous, because I pack a punch. Butler thinks of himself as a slick fighter but I’ll be on him from the start, and will change nothing in terms of what I do offensively.

“I don’t think Butler carries that much power. He’s unbeaten in fifteen but that was fifteen nobodies in my eyes. If he’d fought fifteen good opponents then I’d be worried, but he’s stepping up a level and I can’t wait to get in that ring with him. He said I’ll be gassed after 6 rounds, but he won’t get past 6 if I put it on him.”

This type of talk is customary in the land of big domestic showdowns and you only have to look at the diatribe between Carl Froch and George Groves, prior to last weekend’s history making title bout, for evidence. Still, Hall’s entire disposition changed when this reporter asked if he carried any respect for the challenger.

“I had a bit of respect for Butler but not now,” said Hall, his voice rising. “He’s upset my family and it’s personal. He retweeted an insulting comment on Twitter and made a joke out of it, which upset my entire family. That’s the mentality of the man and the respect is gone. I’m going to smash his face in and love doing it.”

Should Hall defy the odds then he will look towards another domestic showdown with friendly rival Jamie McDonnell, who handed him his first defeat in September 2011. The Doncaster man was in fact stripped of the IBF title, which Hall now holds, for failing to enter negotiations with the aforementioned Malinga and, having won the “regular” WBA strap on Saturday, a rematch would be eagerly anticipated in the UK.

Hall said, “That’s the fight I’ll be screaming for, after this one. I’m 34 years old, on top of my game and I want to get Jamie while I’m at the top. It would be a dream fight that I would love to win and, providing I deal with Butler, there’s no reason why it can’t happen. I’ve spoken with Jamie and we both want the fight desperately.

“First things first though, because I need to beat Butler. I’m so excited about this one and I love a good talker. I’ve been there, done it and bought the t-shirt. It’s going to be a brilliant night for the fans and this will put me on the map. Butler is a big favorite with the bookies, which was a surprise, but I don’t mind being the underdog.

“I’m not letting go of that belt.”

British fans can see Stuart Hall vs. Paul Butler live and exclusive on BoxNation from 7.00pm (Channel 437 or HD on Channel 490). Tickets are available from www.metroradioarena.co.uk or www.ticketmaster.co.uk