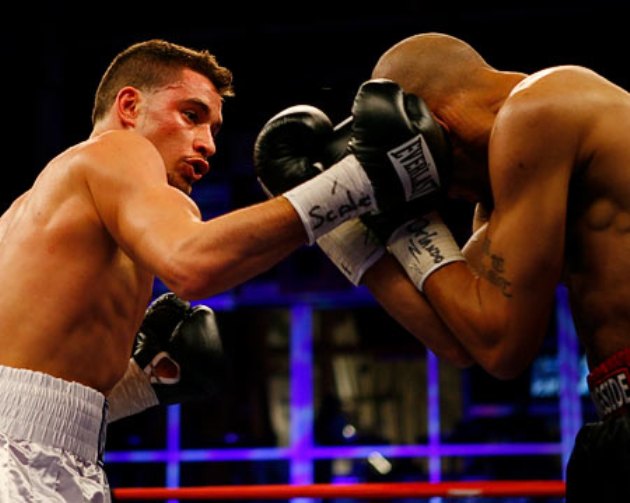 Nicknamed "The Siberian Rocky," Provodnikov (23-2, 16 knockouts) was last in the ring for a 10th-round stoppage of Mike Alvarado, whom he floored twice on the way to winning his belt in October.

Prior to Alvarado, the 30-year-old Provodnikov lost a unanimous decision to then-WBO welterweight titleholder Tim Bradley, scoring a 12th-round knockdown during THE RING's "2013 Fight of the Year" last March.

"Ruslan is a great fighter and a great champion. It's a real honor to be in there with him. I have seen him fight before. I'm actually a fan of watching Ruslan fight. He's a pressure fighter," said Algieri, 30, during a recent conference call with media members.

"Ruslan comes forward. He's super tough, very durable. He's a good strong puncher and he maintains his pressure throughout the bout. He moves his head when he needs to and crosses the line and he closes the distance very well. Those are the things that my team has been studying to work on."

Algieri (19-0, 8 KOs) compared Provodnikov, in intensity, to his own unanimous decision victories over Jose Peralta Alejo in February 2013 and Emmanuel Taylor this past February.

"I think I've fought a couple of guys who were pressure fighters and big punchers. My last opponent, Emanuel Taylor was a very, very well-known knockout puncher. He had one-punch power," said Algieri.

"He also threw a lot of very tight short punches. I fought a fighter – a Puerto Rican fighter – Jose Peralta [Alejo], who is a shorter, stockier, pressure, aggressive guy as well. So, I feel like I've dealt with similar but not-quite-like Ruslan-type fighters in the past."

Algieri appears to have gained confidence from watching certain moments within Provodnikov's bout with Bradley as well as Provodnikov's loss by unanimous decision to the resourceful Maurcio Herrera in January 2011.

"Just based on past fights, there is a weakness with dealing with a jab and a boxer and movement but really those are the things that we've been trying to work most on," said Algieri.

"But at the end of the day, it's a fight. Ruslan is going to press the action. I'm going to have to stand and fight at times. So, we'll be ready for that as well."