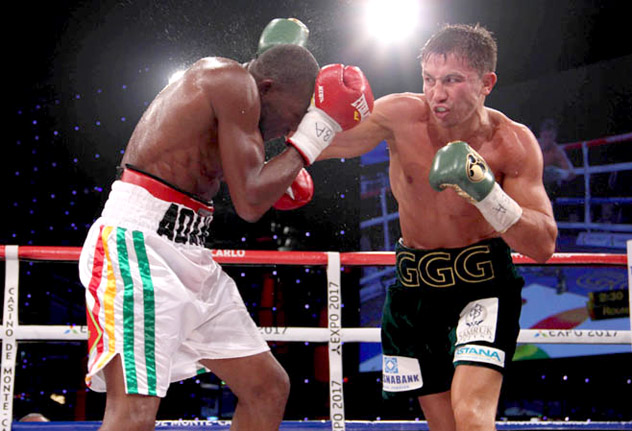 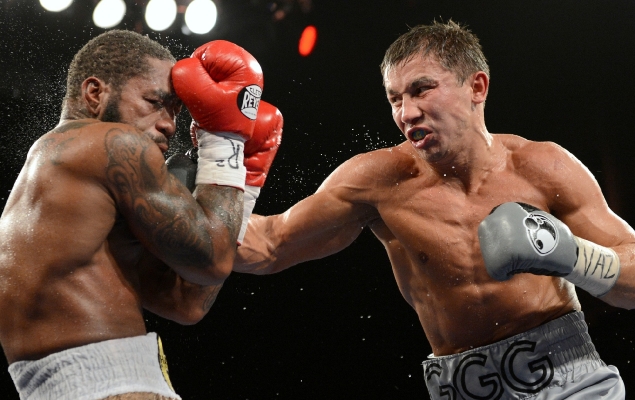 Promoted by Tom Loeffler of K2 Promotions, Golovkin (29-0, 26 knockouts) was approved by the WBA to defend his belt against Geale (30-2, 16 KOs) at Madison Square Garden, Shaw confirmed. Loeffler could not be reached for an immediate comment.

An Olympic silver medalist, Golovkin had been mandated by the WBA to face Jarrod Fletcher (18-1, 10 KOs), but Fletcher was not approved by HBO, whereas Geale had been, according to Loeffler in an earlier interview.

Shaw also said that negotiations are ongoing for the co-feature between heavyweights Mike Perez (20-0-1, 12 KOs) and Bryant Jennings (18-0, 10 KOs), who are handled by K2 Promotions and Shaw, respectively. Perez has been cleared to begin training after suffering a shoulder injury that canceled his original May 24 fight against Jennings. The entire Jennings-Perez card, including a supporting bout between Geale and former title challenger Matthew Macklin, was scrapped.

"We're putting out a press release, so I won't make any comments until then, but I'm happy that they did it. It was the right thing to do," said Shaw. "We're working on that now."

A 32-year-old Kazakhstan native, Golovkin fought four times in 2013, stopping Macklin, Gabriel Rosado, Nobuhiro Ishida and Curtis Stevens. In February, Golovkin scored a seventh-round stoppage of Osumanu Adama, who was knocked out for the first time in his career. Adama represented the 16th straight stoppage victory for Golovkin.

Ranked No. 2 by THE RING at 160 pounds, Geale is coming off February's sixth-round stoppage of Garth Wood, which followed a split-decision loss to Darren Barker in August.

Geale unified the WBA and IBF titles with a victory over Felix Sturm in 2012, but elected to avenge what was his lone defeat at the time — against Anthony Mundine — and gave up the WBA belt rather than face Golovkin. He lost the IBF title to Barker.

Meanwhile, the 30-year-old Fletcher, unranked by THE RING, is 6-0 with three knockouts since being stopped in the second round by Billy Joe Saunders in September 2012. Fletcher was last in action on the Golovkin-Adama card, when he unanimously decisioned Max Bursak.

Perez-Jennings would represent the WBC's second title elimination bout. In the first, Bermane Stiverne scored a sixth-round knockout over Chris Arreola last month for the title that was vacated by Vitali Klitschko. Stiverne must make his first defense against Deontay Wilder, and the victor between Stiverne and Wilder has been mandated to face the winner of Perez-Jennings, according to WBC President Mauricio Sulaiman.

Jennings scored a 10th-round stoppage of Artur Szpilka in his last fight, one day after Perez battled once-beaten Carlos Takam to a draw.