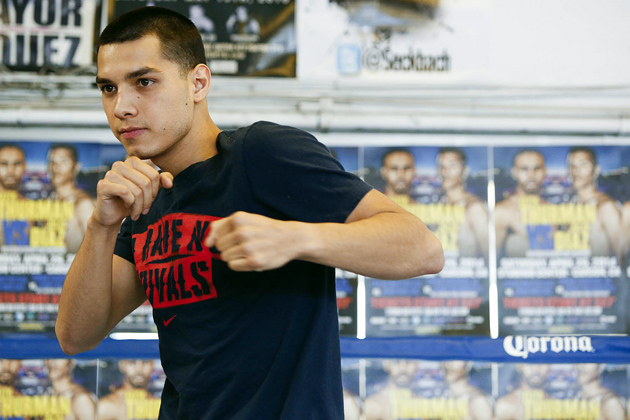 A deal has been reached for WBC lightweight titleholder Omar Figueroa Jr. to defend against Daniel Estrada on a date and at a location to be determined, according to WBC President Mauricio Sulaiman and Golden Boy Vice President and matchmaker Eric Gomez.

The 24-year-old Figueroa (23-0-1, 17 knockouts) is coming off last month's split-decision win over Jerry Belmontes in the defense of the belt he won after flooring Nihito Arakawa twice during a unanimous decision victory in July. Figueroa has gone 13-0 with nine knockouts since a split-draw with Arturo Quintero in November 2010.

The 29-year-old Estrada (32-2-1, 24 KOs) has won nine consecutive fights, including five by knockout, and stoppage victories in the past two straight. Estrada was last in action for Decmeber's third-round knockout of Hugo Armenta, and last suffered defeat by split decision to Reyes Sanchez in December 2010.