Lem’s latest: Guillermo Rigondeaux to return in July in Macau 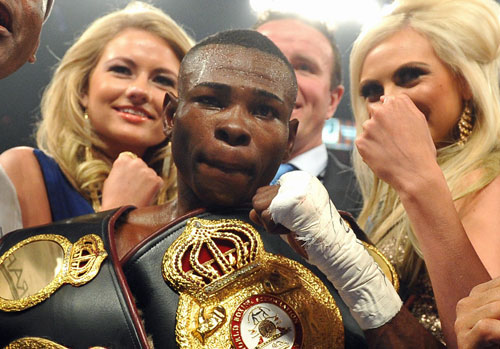 31
May
by Lem Satterfield |

The 36-year-old Kokietgym (63-2-1, 28 KOs) has had only two fights of note in his long career, losses to Daniel Ponce de Leon in 2005 and 2006. Ponce de Leon won the vacant WBO 122-pound title in the first fight and successfully defended it in the second.

Kokietgym is 36-0-1 since that second fight but has faced obscure opponents only in his home country of Thailand during that stretch.

"This was another terrific win for Oleksandr in front of a sold out house at the Sport Palace," said Alexander Krassyuk of K2 Promotions. "The support he's received from media and fans has been overwhelming, and we look forward to announcing his next fight in the near future."