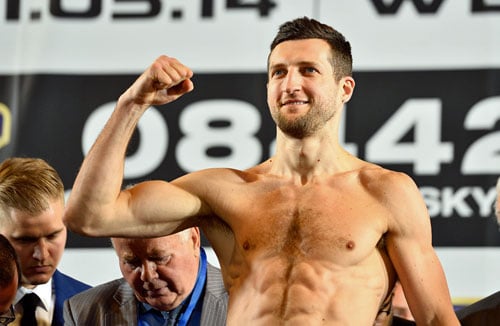 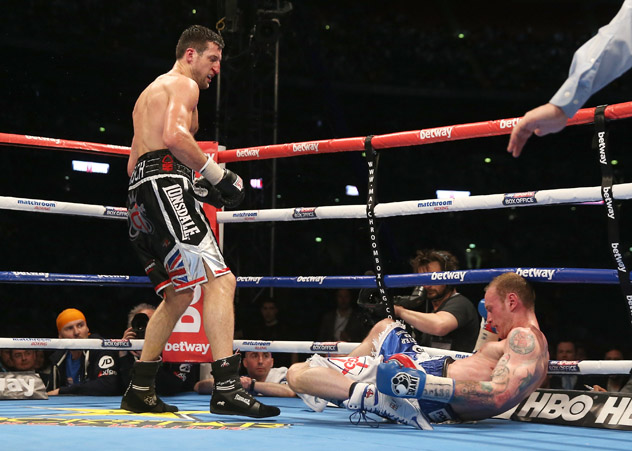 Super middleweight titleholder Carl Froch hailed his eighth-round KO victory over George Groves at Wembley Stadium on Saturday as the greatest night of his entire career.

The grudge rematch attracted an 80,000 crowd in London, England – a record for British boxing – and earned Froch an estimated £8 million and Groves around £3 million.

And the 36-year-old from Nottingham was overjoyed with his performance, which he capped with a stunning right hook that left the 26-year-old challenger out for the count near the end of Round 8.

“I'm feeling unbelievably elated. This is the best moment in history of my boxing career,” said Froch (33-2, 24 knockouts). "I have been involved in many fights with top, top world champions, some retired, some still winning titles, this is the biggest and best crowd I have fought in front and the biggest event I have been at.

"I am very proud and George should be very proud.

"I have fought some good fighters. That fight was neck and neck, there was nothing in it. It was a close fight –  it was stand off, a tactical fight.

"Sometimes in professional boxing, though, it only takes one punch. And if you have my type of punch then it can make all the difference.

"Unfortunately for George, he was on the end of a heavy right hand from a seasoned pro. I had been working on that right hand for three months.

“I am amongst the elite. And it showed tonight. The finish showed why I mix it with the elite and how hard it is to get to that level."

Groves, who lost the first meeting in November when controversially stopped in Round 9, promised to learn from his second defeat to Froch in six months.

“I'll come back better and stronger. But I feel I left myself down. Congratulations to Carl. I wish him all the best.”