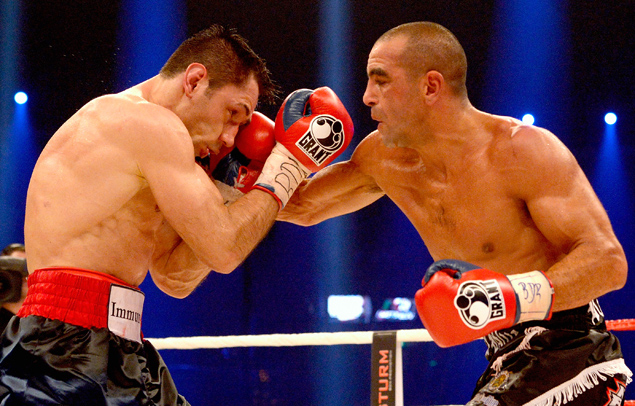 A man who celebrated his 40th birthday in November, Soliman (44-11, 18 knockouts) dominated the 35-year-old Sturm (39-4-2, 18 KOs), winning by scores of 118-110 on the cards of John Poturaj and Don Trella, and 117-111 on that of Miroslaw Brozio to earn the IBF title before Sturm's partisan fans at König Palast, Krefeld, Nordrhein-Westfalen, Germany.

THE RING's No. 2-rated 160-pounder behind RING/WBC champion Sergio Martinez and unbeaten No. 1-rated WBA beltholder Gennady Golovkin, Sturm lost a unanimous decision to Soliman last February but the result became a no-contest after Soliman tested positive for a banned substance.

In victory, Soliman won his first-ever major title belt and has prolonged his career, doing so with his ninth consecutive victory during a run that has included five knockouts. Soliman's previous win was a ninth-round stoppage of Les Sherrington in December.