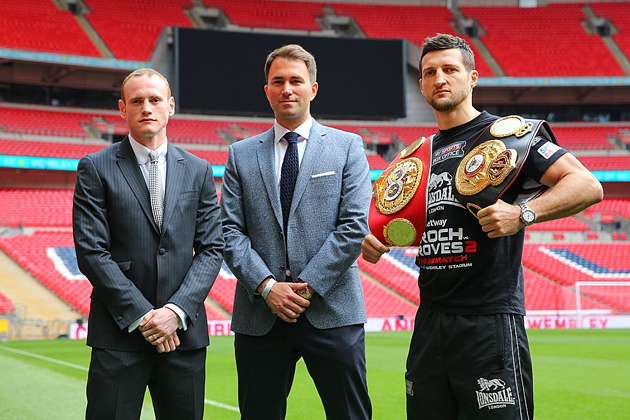 Carl Froch, the IBF super middleweight champion from Nottingham, is set to earn around £8 million for his two-belt world-title defence against George Groves, who is likely to make in the region of £2 million, at Wembley on Saturday night.

The largest boxing event in British history, with 80,000 tickets sold, may well be life-changing financially for the protagonists, yet the real prize for the two men will be to have their hand raised at the end of it.

Pride will trump earning power. There will be serious bragging rights for the victor after a long and attritional campaign from both champion and challenger, punctuated by a legal appeal to the International Boxing Federation, which forced this rematch after a controversial conclusion to the first instalment. The IBF ruled that Groves had been stopped prematurely in the ninth round of their encounter last November.

Yesterday, with Wembley Stadium empty and echoing, both men appeared subdued in the face of a blizzard of camera flashes and interviews, and for once, they barely sparred verbally.

Click here to read the full story by Gareth A Davies, boxing writer for The Telegraph.