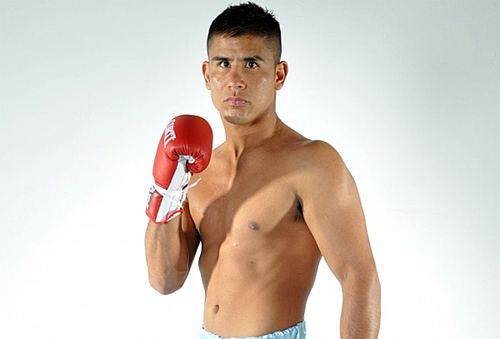 27
May
by Lem Satterfield

A 33-year-old resident of Brooklyn, Foreman (32-2, 9 knockouts) cited "a harmful contract" for his "retirement from boxing," while Foreman's promoter, Lou DiBella characterized the problem as "a managerial issue" in a statement to RingTV.com.

The 29-year-old Maciel (28-3, 20 KOs) was last in action for last month's unanimous decision over Cesar Adrian Sastre Silva that helped him to rebound from a split-decision to loss to Brian Rose in October. Maciel also

The loss to Rose ended a nine-fight winning streak that had included eight knockouts for Maciel, including four straight stoppage victories, since falling to then-WBC titleholder Dmitry Pirog by unanimous decision in March 2011.

Maciel's other loss was by fourth-round knockout to Matias Ezequiel Franco in May 2009 after having began his career at 11-0 with six knockouts.

Penagaricano said that he had been considering 30-year-old Luciano Cuello (34-3, 17 KOs) as a replacement for Foreman, but that Cuello had absorbed a lot of punishment during a May 24 unanimous decision victory over previously unbeaten Martin Fidel Rios.

"We originally thought of Luciano Cuello from Argentina, who is a very good fighter that fought Chavez Jr. in a good fight that I remember. He had a fight this past Saturday, so we had to wait a couple of days for that to occur, and what the outcome was going to be," said Penagaricano.

"Even though Cuello won that fight, he ended up with several injuries and cuts, etc., so we knew that was not an option. So we made an agreement with another Argentine in Javier Maciel, and he's a very, very durable and impressive fightger with 28 wins and only three defeats. He's going to be a tough opponent for Jorge Melendez on June 7."