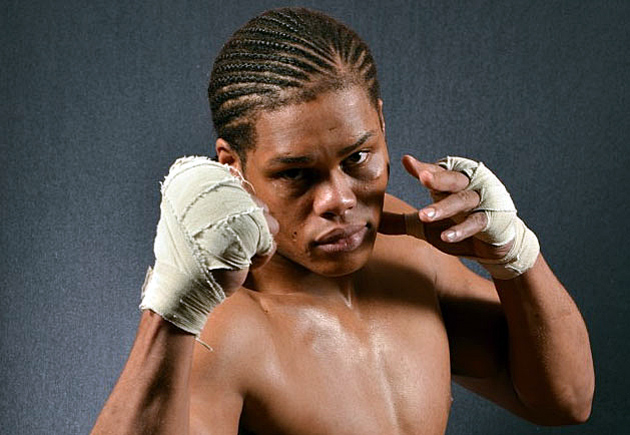 For the past four years, Charlie Ota has reigned as the best junior middleweight in Japan. The distinction is hard-earned but a bit dubious as the ceiling for talent isn’t as high at 154 pounds in Tokyo as it is in the United States, where virtually all of THE RING’s top contenders in that division live and train.

Born Charles Bellamy in New York City, Ota could’ve finished up his days as a poor man’s Bob Sapp in The Land Of the Rising Sun, clearing out what remains of the contenders for his Oriental Pacific Boxing Federation title and retiring with a great story to tell his ex-pat buddies.

But that wouldn’t suit him. He wanted to hunt bigger game than could be found at Korakuen Hall.

Tonight, Ota (24-1-1, 16 knockouts) will face Jermell Charlo (23-0, 12 KOs) in a scheduled twelve-rounder at the Bell Centre in Montreal, Canada on the undercard of THE RING light heavyweight championship bout between Adonis Stevenson and Andrzej Fonfara.

“It has been a long time since I’ve been up to fight someone,” said the 32-year-old Ota about his first significant step-up fight. “I was happy about it; he is a good boxer and rated high so I was glad that I get to have a match fighting at a higher level.”

Ota’s journey through boxing began after wrapping up a stint in the Navy based in Japan. Ota returned back to the States in 2004 but soon after returned to Japan, where he married a local woman.

Looking for a way to stay in shape, Ota began working out at a local boxing gym – Hachioji Nakaya Boxing Gym on Tokyo’s west side – at age 24. After nine amateur bouts he turned pro in 2006 and has lost just once – a majority decision in his seventh bout – before winning the OPBF and Japanese junior middleweight titles four years later against Akio Shibata.

Ota is still aligned with the Nakaya faction and is promoted by New York-based Dibella Entertainment.

Charlo, whose twin Jermall is also an unbeaten prospect, is trained by Ronnie Shields and promoted by Golden Boy Promotions, which makes him effectively the house fighter in Montreal.

Ota may have to go Super Saiyan to beat Charlo, but it’s not a concept that hasn’t already crossed his mind.

“Their team seems to be very technically sound boxers. So I can expect a lot of movement and have to be wary of his jab also.

“I’ll do whatever I can within the rules to beat him.”