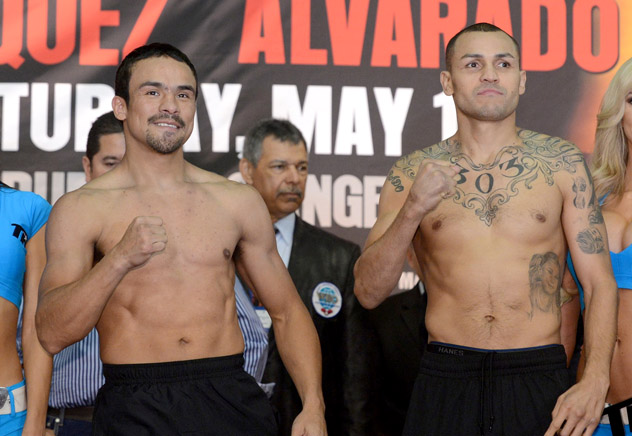 HBO's broadcast of Juan Manuel Marquez's unanimous decision over welterweight rival Mike Alvarado at The Forum in Inglewood, Calif., generated an audience of 1,198,000 viewers with a peak viewership of 1,322,000, making it the second most watched bout on cable so far in 2014, according to Nielsen Media Research on Tuesday.

A four-division titlewinner who turns 41 in August, Marquez, in victory, became the mandatory challenger to Manny Pacquiao, whose unanimous decision over Tim Bradley last month regained the WBO 147-pound belt he lost by split decision to Bradley in June 2012.

Marquez also rebounded from October's split decision loss to then-WBO beltholder Bradley, quelling the momentum built by his sixth-round stoppage of Pacquiao in December 2012. Marquez is 1-2-1 against Pacquiao.

On the undercard, junior welterweight Viktor Postol scored an 11th-round knockout of Selcuk Aydin, who was stopped for the first time in his career. Postol-Aydin registered 1,002,000 viewers with a peak of 1,137,000 viewers, making it the fifth most watched bout on cable in 2014.

A Ukrainian, Postol had last been in action for a unanimous decision over Behzod Nabiev in December. In victory over Aydin, Postal may have earned a shot to face RING/WBA/WBC 140-pound champion Danny Garcia.