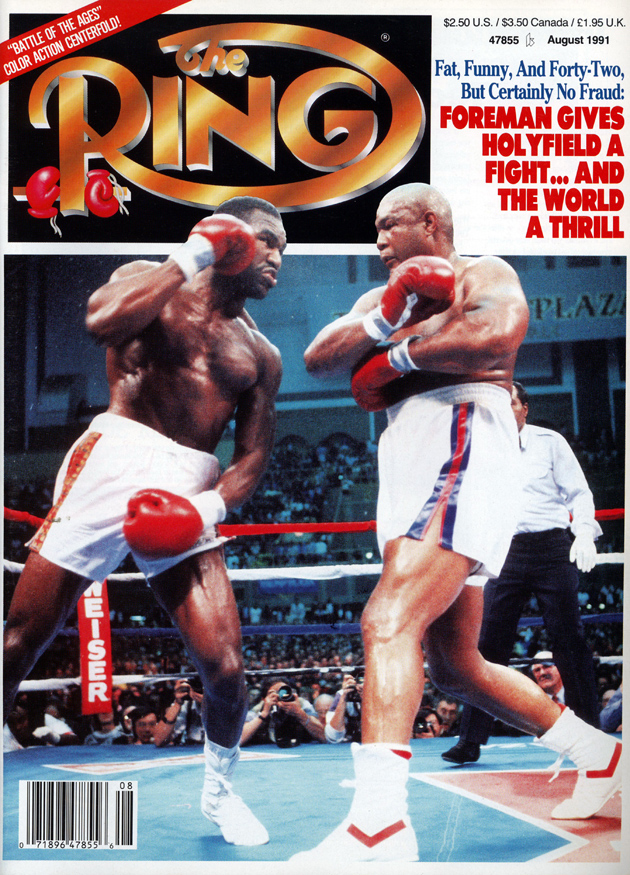 Former heavyweight champions Evander Holyfield and George Foreman and former multi-division champ Roberto Duran will be among those inducted into the Nevada Boxing Hall of Fame on August 9 at the Cohiba Ballroom of the New Tropicana Las Vegas, founder Rich Marotta has announced.

Also among the 18 inductees in the Nevada "Resident" category are former heavyweight champion Sonny Liston, whose biggest bout in Las Vegas was his first-round knockout of Floyd Patterson, and ex-lightweight beltholder Cornelius Boza-Edwards, who fought a variety of high-action battles in Nevada.

In the "Adoptive Nevada Resident" category, former heavyweight champ Joe Louis, who lived the last several years of his life in Las Vegas, was chosen. The "Pioneer Boxers" were Jack Dempsey and Archie Moore.

"We were gratified by the success of our inaugural induction last year with overwhelming support by inductees, boxers and the entire boxing community. Fans showed up in huge numbers and the event was sold-out well in advance," said Marotta.

"This year, at the New Tropicana Las Vegas we will have a beautiful venue with an even bigger capacity. We have a wonderful class of inductees and it's time again to bring the Nevada boxing community together."

Trainer Miguel Diaz will be inducted in the "Non-Boxer Participant" class and referees, now retired-Richard Steele and the active Kenny Bayless will enter the Hall of Fame. From the world of promotions, Top Rank Promotions matchmaker Bruce Trampler was elected and in the "Executive" class, two longtime contributors to the Nevada Athletic Commission in Chuck Minker and Luther Mack are new entrants.

Inducted in the "Special Contributors" Category will be hotel executives Clifford Perlman and Steve Wynn. Perlman ushered in the era of big fights at Caesars Palace and Wynn opened his Mirage with Sugar Ray Leonard's unanimous decision over Roberto Duran in their third fight, followed by Holyfield's third-round knockout of Buster Douglas.