Michael Perez leaves the streets behind to advance career 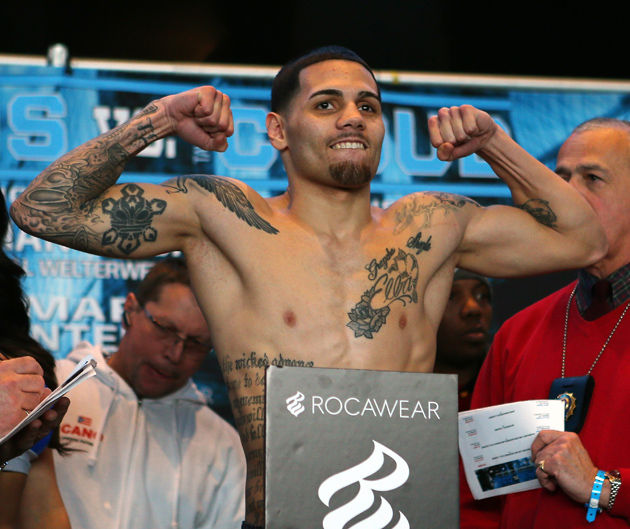 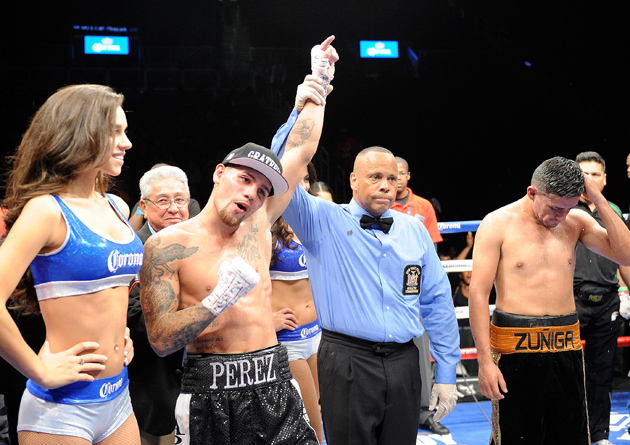 Even as a boxing prospect signed with one of the sport's biggest promoters, Michael Angelo Perez has found the streets to be a difficult foe to shake. Coming from Newark, N.J. – regarded as the carjacking capital of America – Perez had found his surroundings to be a greater opponent than any he had faced in the ring.

The streets had gotten to his father Jesus, who served 10 years for distributing cocaine before becoming his son's manager after release. The streets also got to his cousin Alex Perez, whose boxing career was nearly ended after being shot in 2004.

Perez, though signed with Golden Boy Promotions and regularly fighting on television, was trying to evade them.

“There was a lot of sidetracking, a lot of, as we say it in my native city, bullshit that was going on in my life that I needed to get away from,” said Perez (17-1, 9 knockouts), who fights in the lightweight and junior welterweight divisions.

“The people I was around, the street mentality that I just needed to get out of. Just coming out of Newark, it was hard.”

The former National Golden Gloves champion recognized the need for changes in his life and career, which at age 24 has been just as rocky inside the ring as it was outside.

Perez started with his training situation, bringing back Anthony Carr, who had guided him from ages 17 to 20. Perez recognizes that he has had a few too many brawls for where he is in his career, like his struggle with Fernando Carcamo Garcia at Madison Square Garden in 2012 that saw him get off the floor to win a close decision. That followed his lone career defeat against Omar Figueroa Jr., where he was stopped in six rounds.

“I just wanted to bring it back, the old technical Mikey,” said Perez. “I was switching trainers and people wanted me to become this big puncher and bang out, and that's not me. I'm a slick fighter, I'm a boxer-puncher so I use my technicality to bring my knockouts, and if the knockout don't come, I'll beat you just off my skills.

“I wasn't a banger at the beginning of my career. People always wanted me to sit down on my punches instead of me moving around. Moving from trainer to trainer just messed things up.”

Perez's next fight – on Monday against Jorge Romero (24-7, 21 KOs) at the Coliseo Ruben Rodriguez in Bayamon, Puerto Rico – will be Perez's second bout back with Carr, and he says that the reunion has reignited his interest in the sport.

“I'm becoming a gym rat, just working on different things and perfecting my craft as much as I can,” Perez said. “I've been growing as a fighter as a young man.

“As a fighter, you mature mentally and of course physically. You get bigger and stronger, you start getting that man strength. You start seeing a different outlook to your career and the possibilities of where you can go in life.”

The fight, which will be televised on Fox Sports 1 as part of the Golden Boy Live! series, will support bouts from fellow Puerto Rican boxers McJoe Williams and Jayson Velez, will answer questions about how well Perez can adjust to a style more suited for the sport's highest levels.

“It's just another step closer to achieving my goals of becoming a world champion,” said Perez. “Just taking each fight one at a time, no rushing, not trying to speed up the process or anything. I'm going at God's speed.”