Wladimir Klitschko stops Alex Leapai in the fifth round 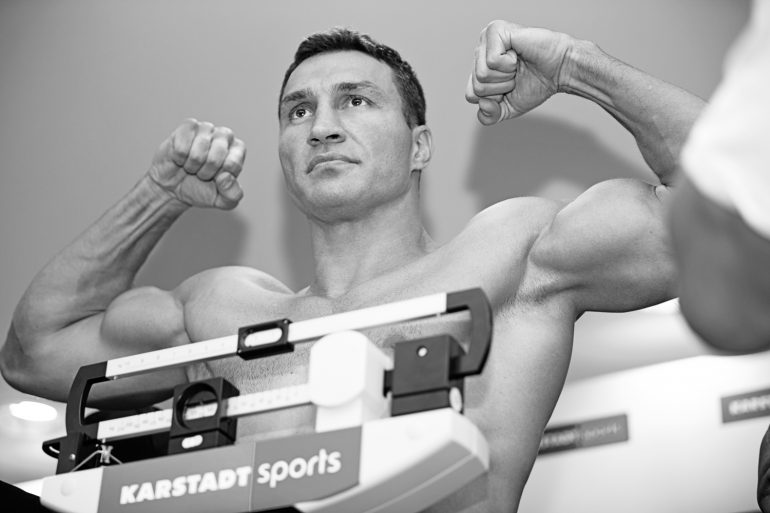 Wladimir Klitschko was at his dominating best on Saturday in Overhausen, Germany.

Klitschko stopped vastly overmatched Alex Leapai at 2:05 of the fifth round to retain his RING, IBF, WBA and WBO heavyweight titles and extend his remarkable streak of successful defenses.

And Klitschko has won 20 consecutive fights dating back to 2004, when he was stopped by Lamon Brewster.

Klitschko dominated Leapai from the opening bell as he does against almost all his opponents, keeping him at bay with a stiff jab and pounding him with power punches.

It was the Ukrainian's vaunted right hand that twice put Leapai down in the fifth. The challenger was able to get up the first time but not the second, when he fell into the ropes and obviously was in no condition to fight on.

Leapai, whose only realistic chance to win the fight was a lucky punch, threw a handful of wild shots but never came close to landing. In fact, he barely touched Klitschko the entire fight: Klitschko outlanded Leapai in total punches 147-10, according to CompuBox.

Leapai, who also was knocked down in the first round but seemed to slip, earned the right to face Klitschko by fairly easily outpointing then-unbeaten Denis Boytsov in November in Germany.

He learned quickly on Saturday that Boytsov is a far cry from the world champion.