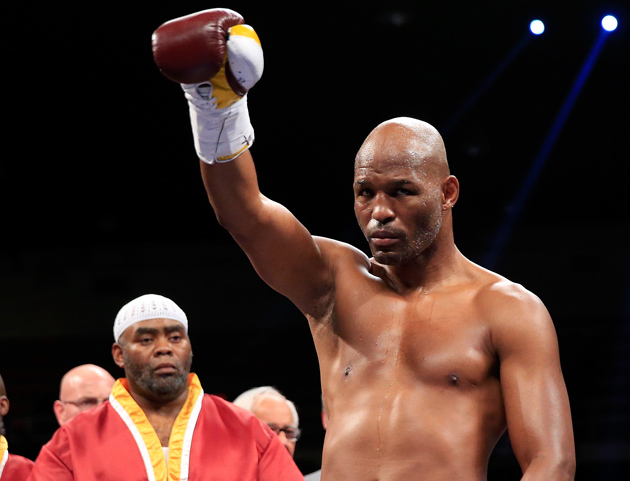 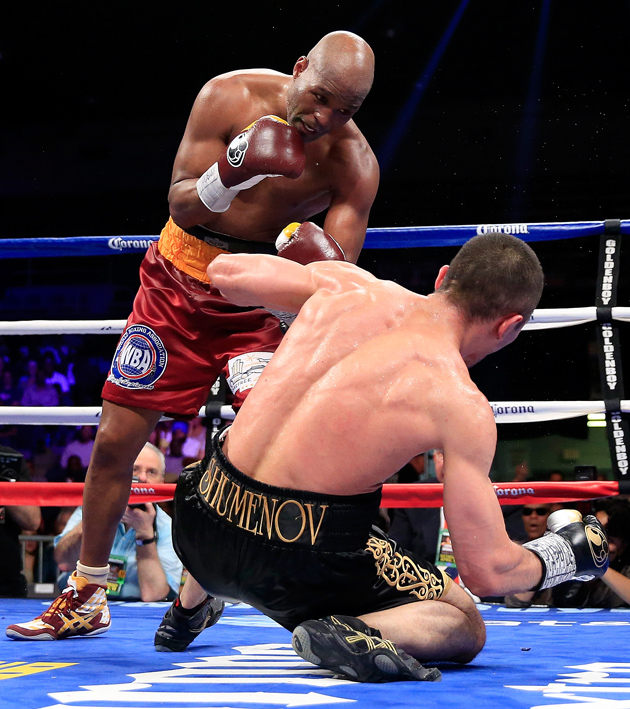 Bernard Hopkins continued to defy Father Time on Saturday, outclassing Beibut Shumenov en route to what should have been a unanimous decision in Washington, D.C. One judge inexplicably scored the bout for Shumenov, but Hopkins, who scored an 11th-round knockdown, was the clear winner.

Hopkins, who won by two scores of 116-111, unified the IBF and WBA 175-pound titles with the victory. Judge Gustavo Padilla scored the bout for Shumenov by one point, 114-113. Padilla is obviously not one who appreciats the craft and finer points of the sport because Hopkins put on one of his better boxing clinics.

Showtime's guest commentator, middleweight standout Daniel Jacobs, summed up the oldest major titleholder in boxing history perfectly when he called the 49-year-old veteran "the definition of the Sweet Science."

Hopkins exhibited every aspect of ring generalship — feints, head movement, shoulder rolls, pivots, step aways and spin moves, along with his usual economical punching. Shumenov stalked forward all night but only met frustration and pain whenever he got close to his elusive opponent.

After a slow-paced, tactical start to the Showtime-televised bout, a stick-and-moving Hopkins (55-6-2, 32 knockouts) began to get into his rhythm — timing Shumenov with a variety of right hands. Sometimes the Philadelphia-born master set the cross up with the jab, sometimes he led with the punch, sometimes he countered with it, but it always landed flush.

By the middle rounds of the bout, those accurate right hands, along with the occasional hook and body shot, wore down the 30-year-old Kazakhstan native enough for the "old man" to have fun in the ring with a 2004 Olympian who is known for his physical conditioning, brute strength and punching power.

Eventually, Hopkins weakened Shumenov (14-1, 9 KOs) to the point that a snapping right hand made the younger man's legs give out and produce a flash knockdown that brought the crowd at the DC Armory to its feet.

Hopkins finished the bout with energy to spare.

The last championship bout scheduled for 15 rounds took place in 1988, the year Hopkins turned pro. If there is an active boxer who would have been at home fighting among the great 15-round specialists of the past, such as Emile Griffith, Muhammad Ali and Carlos Monzon, it's Bernard Hopkins.