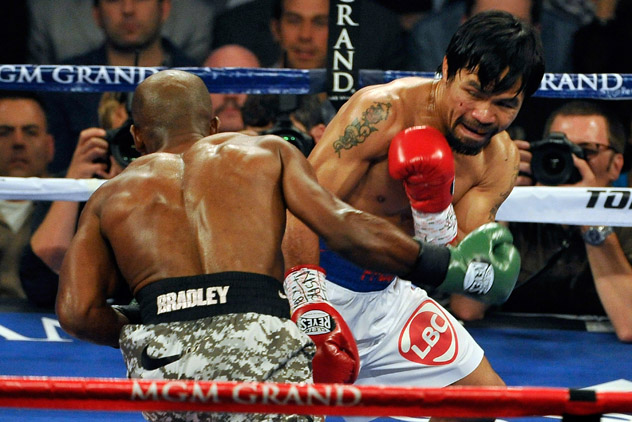 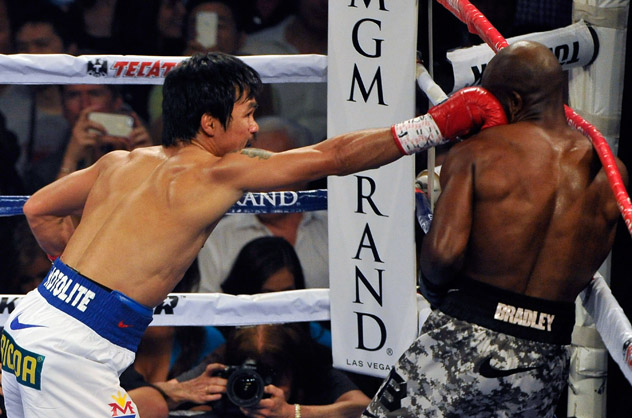 Manny Pacquiao avenged his controversial loss to Tim Bradley by repeatedly buzzing the undefeated American en route to a unanimous decision at the MGM Grand in Las Vegas on Saturday. Pacquiao won by scores of 118-110, 116-112, 116-112, regaining the WBO welterweight title he lost to Bradley in 2012.

Pacquiao landed the harder punches throughout the brisk 12-round rematch. Bradley was game but was rocked in Round 2 and though he outworked the Filipino icon in Rounds 3 and 4 he seemed to lose his composure over the second half of the bout. Pacquiao hurt Bradley again in Round 7 and Bradley never seemed to regain his balance or control for the rest of the fight although he had his moments when sticking and moving in Round 11.

A full ringside fight report will be posted shortly.