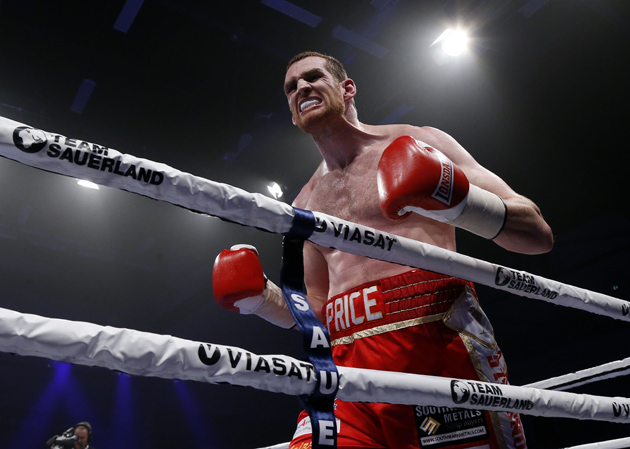 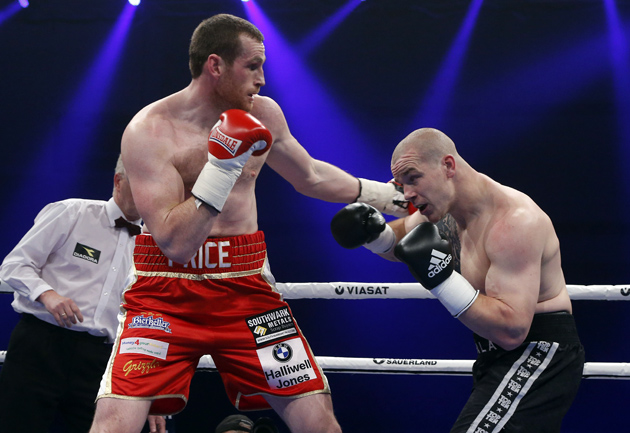 British heavyweight standout David Price got up from a flash knockdown in Round 1 to claim a third-round knockout victory over Ondrej Pala on Saturday in Esbjerg, Denmark.

It was the second victory for Price (17-2, 15 knockouts) since the 2008 Olympic bronze medalist's back-to-back stoppage losses to Tony Thompson last year. The opening round against Pala (33-4, 23 KOs) may have given the Liverpool man's handlers brief flashbacks to the Thompson fights as Price was caught off balance by a big looping left behind the ear.

However, the towering 30-year-old boxer-puncher got straight back on his feet and was able to compose himself in Round 2 before unloading a series of right hands in Round 3 that twice sent the scrappy Czech Republic native to the canvas and unable to continue.