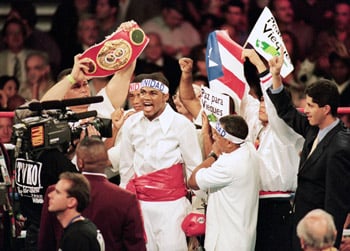 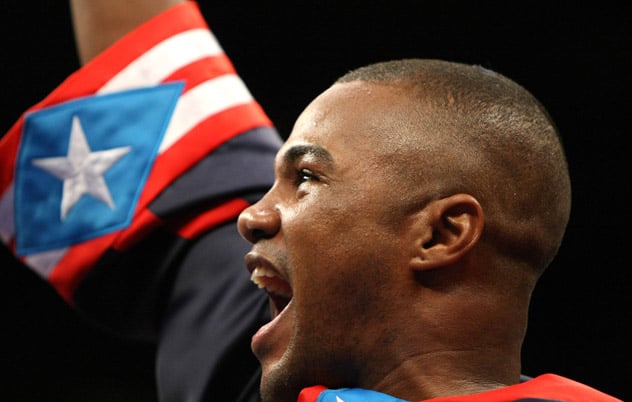 According to an article published on Thursday by Puerto Rican newspaper El Nuevo Dia, former three-division champion Felix “Tito” Trinidad is broke and seeking court-mandated relief on his personal debt after finding out that his top aide, Jose “Pepe” Ramos, squandered over $63 million on now-worthless government bonds.

Ramos was Trinidad’s personal English-Spanish interpreter for many years, but also served as an investment advisor, a position he held since 1991. He was also a personal friend of the fighter’s family, and was the best man in Trinidad’s wedding.

El Nuevo Dia has indicated that Ramos was in turn “hired” as a consultant by three different investment funds (Wells Fargo Advisor, UBS and Popular Securities) only because he was in charge of managing a large percentage of the fighter’s reported $85 million in earnings. Now, Ramos is being singled out by the Trinidads as the only culprit in a series of bad investment decisions allegedly made without the consent or knowledge of the fighter and his father, Felix Trinidad Sr., who is also his former trainer/manager.

Even though Ramos supposedly had a very specific mandate to make the most conservative possible investments to protect that fund, he instead reportedly gambled heavily on Puerto Rican government bonds, which were recently downgraded to “junk bond” status. The beleaguered island-state (a “free-associated state” of the United States) is currently under enormous financial stress, and most of the local financial industry is in turmoil.

On Thursday, Trinidad’s legal team presented a petition of interdiction in San Juan, asking for a mediation by the Financial Industry Regulatory Authority (FINRA) in the matter. Trinidad now allegedly has about $9 million in assets, but almost $30 million in debt. It is unclear whether his legal action will have any kind of positive impact in his suddenly dire economic situation.

One of Puerto Rico’s greatest and most beloved fighters of all time, Trinidad (42-3, 35 KOs) made close to $90 million dollars in a career that spanned 18 years and 21 title fights, and he still holds the record as the longest-reigning welterweight titlist (6 years and 4 months), to which he later added the 154- and 160-pound title belts. His victory in the 1999 “Fight of the Millenium” against Oscar De La Hoya netted him a guarantee of over $10 million dollars, the biggest purse of his career.

In 2011, a still-wealthy Trinidad jokingly “gave” his estranged former promoter Don King a $425,000 gift for his 80th birthday, in what was actually a cancelation of an old debt stemming from Trinidad’s 2008 fight against Roy Jones Jr., which ended up being his last professional fight.