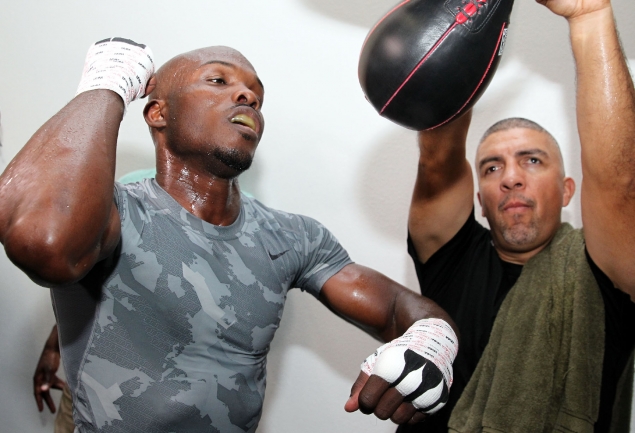 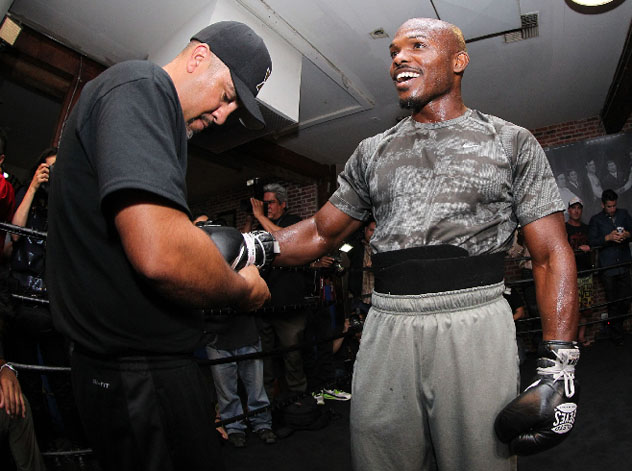 LAS VEGAS — Criticism of Tim Bradley's victories over Manny Pacaquiao and Juan Manuel Marquez stemmed, in part, from the fact that he is African American, his trainer, Joel Diaz, contends.

Bradley received praise for his toe-to-toe battle with Provodnikov, which will be honored as Fight Of The Year by the Boxing Writers Association of America on May 1 in Las Vegas.

But the 30-year-old boxer was so harshly criticized for the win over Pacquiao that he considered suicide, and Marquez refused to give Bradley credit for his triumph.

"But they don't get the credit because they're African Americans. They're great fighters, man. You need to give these guys some credit … The name is the game is boxing. That's why I love Mayweather, and I love Andre Ward, they're great fighters and great people."

"Growing up, as a kid, I cried when Marvelous Marvin Hagler lost to Sugar Ray Leonard," said Diaz, whose younger brother, Julio, is a two-time lightweight titlewinner who will challenge undefeated welterweight Keith Thurman on April 26.

"To me, Marvelous Marvin Hagler was the greatest. I was raised well, I don't think about it. I'm not racist. We're all human beings. I am just another person. That's why it really bothers me when they don't give my fighter the respect that he deserves."

Diaz said that others, such as pound-for-pound king Floyd Mayweather Jr. and RING super middleweight champion Andre Ward fall into the same category.

"I think that's true. Floyd Mayweather is the best fighter by far in the world. We've got Andre Ward, and then we've got Tim Bradley. These African American fighters, they're the best guys out there. They've got their style, which is boxing, and boxing is a sport where you hit and don't get hit," said Diaz.

"They're smart, they're elusive, they're very skillful, they use great angles, they give the sport of boxing it's name: boxing. A lot of fans, they want to see blood, cuts, knockouts, and stuff like that, and we see them. But, you know, boxing is a sport where you hit and don't get hit. You want to see a fight, go to a bar."

Prior to Pacquiao's unanimous decision over Shane Mosley in May 2007, Bernard Hopkins asserted that Pacquiao had not yet been challenged by an African American fighter with elusive skills.

"That was true, at the time," said Arum of Pacquiao, who has wins over African fighters Lehlo Ledwaba and Joshua Clottey. "It was true. He hadn't fought a slick guy. The only black guy he had fought were the Africans. You can't make that criticism of Manny anymore."

Although Hopkins has made similar statements to those of Diaz regarding African American fighters, Arum said that this is different.

"That's ridiculous. Nobody has criticized him for his style in beating Marquez. He fought a brilliant fight, and it was an exciting fight, and I don't know what he's talking about," said Arum.

"[Bradley] didn't win the Manny Pacquiao fight, let's be honest about that. It has nothing to do with whether he is white, black or pink. What it has to do with is that people saw that he got the decision which they thought that the other guy should have gotten. At least, that's the way that I saw it."