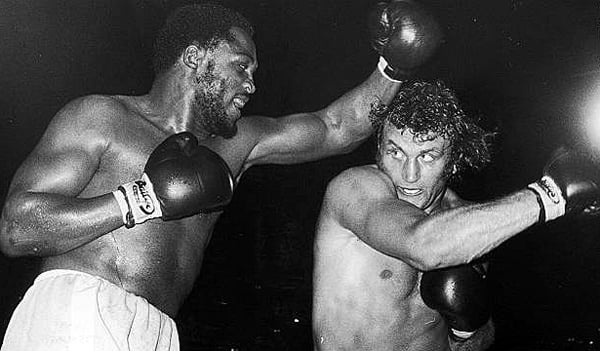 Joe Bugner never asked to be the villain. That role was created for him, in large part by the British media and by the match ups in which he participated. He took on heroes, foreign and domestic, and instead of rallying behind him the press found always found a reason to criticize.

Bugner has never forgotten it and never forgiven it.

Years past his prime the Hungary-born Brit remained competitive against a new breed of heavyweight and, for the most part, acquitted himself very well.

His mistake? In 1971, at 21 years of age, he claimed a close and controversial decision over a national treasure in Henry Cooper and the British public, fuelled by a potent media backlash, turned on him.

“Cooper and I never really got on well,” said Bugner. “I was the one who dethroned him and it didn’t sit well with the media. We were just two very different people and that was the start of the downward spiral.

“Years later Henry and I were on a radio show, shortly before he passed away, and the interviewer was praising him continuously and I said, well I beat him. Then we got on to Henry’s knighthood and I was asked if I would accept one.

“I said no because I get called Sir all over the world.”

Sometimes it’s easy to forget that the personalities, whom we watch from the comfort of a ringside seat, or on television, are born fighters. Bugner was vilified by some of the UK’s most established and respected members of the media, and he hit back. Is that really a surprise?

Still, despite his natural instinct to defend himself the experience was painful.

“It literally hurt,” said Bugner. “Why force me out when I’m an athlete representing Great Britain? When I beat Cooper I was no longer British. I was a Hungarian refugee and that was just ridiculous.

“After the second Ali fight the same individuals said I was over in Kuala Lumpur on holiday. Ali was in hospital with dehydration, we had went 15 rounds in searing heat, but I was having the time of my life apparently.

“It made me sick and the British media were dogs in those days – quote me on that.”

After a 31-year professional career Bugner finally retired in 1999. As the years have passed his achievements have been recognized by a new generation and, like the legendary Larry Holmes, he has gained the respect he deserved, years after hanging up the gloves.

“I’ve been asked to come over to England but I still carry a bit of pain,” said Bugner, who now resides in Australia. “A big part of me would love to come back, do some talks and prove that I’m still sensible enough to say a few words – it’s just hard for me.

“That said I’ve always loved the British fight fans and many of them followed me around the world.”

RingTV.com spoke to a vastly under rated fighter who, at 63 years of age, sounds like he’s never taken a punch in his life, despite having endured three decades in the prize ring.

Best overall: Muhammad Ali, who was the greatest of all time in my opinion. What made him so special was that he was phenomenal in and out of the ring. Ali could sell anything to anyone, so he marketed his own fights and in that respect he was a promoter’s dream.

I recall both fights like they were yesterday and had studied this legend for years, before facing him. He wasn’t champion when we met the first time, in Las Vegas in 1973, and both of us were looking for a world title fight at the time.

I had known him since 1969, when we sparred together, and by the time we faced off I’d had 48 professional fights and was considered a fully matured heavyweight. Still, on the downside, I was only 22 years old and here was Ali who was able to dictate and dominate a fight at will.

I tried very hard to overcome him but there was no point going all out on the attack, because he would just pick me off with ease. In truth I fought like a poor man’s Ali and picked my times to box smart.

I just wasn’t as smart, or as quick, as he was.

Best boxer: Ali. I take pride in the fact that a lot of people in Las Vegas thought our first fight was closer than the judges had it, but Ali definitely won.

Speed wise he was on the ball and technically he was just awesome. I tried to out jab him but once he had you on the end of his own left hand he could bring out all these combinations, from nowhere, leaving fans, and opponents, in awe.

Best puncher: Ernie Shavers. He was an enormous puncher, but I have real issue with that fight because of a conversation Shavers and I had years later. Apparently Don King told Ernie to get me out of that ring, by any means necessary, and not to worry about disqualification.

Now if you watch the fight I get caught with a good right hand in round two but a follow up head butt, which the referee didn’t pick up on, caused a serious cut.  That wound above my left eye required 14 stitches and it wasn’t from a punch.

Now, take into account that Don King was a creature of incredible power within the boxing world and he played dirty as far as I’m concerned. I didn’t like him from the word go – end of story.

I also have to say that the most vicious and relentless fighter on the planet, in those days, was “Smokin” Joe Frazier.

Best defense: Ali again. So many people ask why I couldn’t land on him when his hands were low and I always explain that he was the best part of two meters away from me, when he did that. Ali would throw punches as his legs were bringing him in, which was a gift.

Joe Frazier bobbed and weaved really well, but I was able to find the target and if I’m to be brutally honest I thought I won that fight on a very close decision. Harry Gibbs (referee and sole official scorer of the Frazier-Bugner fight) had awarded me the decision over Henry Cooper, two years earlier, and was given a horrendous time by the British media for doing so. In my mind he didn’t want to give me the Frazier fight for fear of a repeat backlash.

Fastest hands: Ali. He was in his early 30s both times we fought and still retained that remarkable hand speed, plus he knew me so well. The other thing is that Ali could read you and that only added to the natural speed he already had. When I set myself to punch Ali seemed to know what was coming and he responded in a flash. For example in the first fight I caught him with a beautiful right hand and he said, “Damn, good punch white boy, do it again!” Now, I was only 22 years old, which meant I was stupid enough to try it and he caught me with four solid punches to the jaw. The reactions, the speed, the timing, were brilliant.

Fastest feet: Ali. I know it might get boring (laughs) but there is no other contender in this one. Ali danced in the later rounds of both our fights and you must remember that the heat was incredible in the rematch. That tells you that he wasn’t just fit, he was super fit and his feet were such a huge asset.

Ali respected me a lot and knew I could trouble him when he least expected it. I took pride in that because he was, in my opinion, the greatest athlete in the world at the time and if you weren’t ready for him then he would tear you to pieces.

Best chin: “Smokin” Joe Frazier. He was so tough and I landed everything I had in that fight. He dropped me in round 10 with a huge left hook and I remember looking at Andy Smith (manager) who gave me the signal to get up. I got to my feet and suddenly Joe left himself wide open and I caught him with a perfect right hand on the button. His leg went from under him and his knee almost touched the canvas.

Other than that moment Joe took everything I had for 12 rounds. He had a really good chin.

Best jab: I was very lucky in that I had learned so much from him in 1969 and practiced over a four-year period, before we faced each other. I learned from the best and the jab was one of the main things I tried to emulate.

That gave me something that I could use in our fight.

Strongest: Ron Lyle. He was a very strong opponent and although I lost a close decision the bottom line is close isn’t good enough.

Being honest I shouldn’t have took that fight. I had just won the British, Commonwealth and European titles, after knocking out Richard Dunn in one round, and mentally I wasn’t focused on Lyle. I blame myself for that but there was a lot of pressure to fight, because a huge amount of money was on the line.

Lyle, in my mind, wasn’t a fan of white people in those days and he saw it as kill or be killed against me. We didn’t like each other, no doubt about that, but I was still young myself and not the sharpest tool in the box (laughs).

Smartest: Ali. Intelligence wise, in the ring and out, he was incredible. Before both our fights he asked me to give him a wink if a member of the press was nearby and I suppose I should have known better. I winked at him and suddenly he jumped out of his chair and screamed, “He just called me a nigger!” I was stunned, just a kid at the time, and didn’t know what to say.

Moments later Ali came over to me and said, “Hey Joe Bugner. Was I good?” I told him he’d made me look like a racist and he replied, “That was the whole idea. Joe Bugner we’re selling tickets!”

He was close to the bone but there was always method behind his madness.